Oil India Limited (OIL) is a fully integrated Exploration & Production company in the upstream sector, with origin dating back to the glorious year (1889) of oil discovery in India. A Navratna Company, OIL is a state-owned enterprise of the Government of India, under the administrative control of the Ministry of Petroleum and Natural Gas and is the second largest national oil and gas company in India. 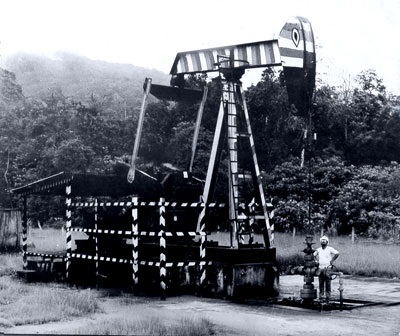 The story of OIL traces and symbolizes the growth and development of the Indian petroleum Industry. From the discovery of the crude oil in the far east of India at Digboi, Assam in 1889 to its present status as a fully integrated National Exploration and Production company with footprints across entire E&P value chain. The company is India’s second largest National E&P Company.

Oil India Private Limited was incorporated on 18th February 1959, to expand and develop the newly discovered oil fields of Naharkatiya and Moran in the North-Eastern region of India. In 1961, it became a joint venture company of Government of India and Burmah Oil Company Limited, UK. In 1981, OIL became a wholly owned Government of India enterprise. 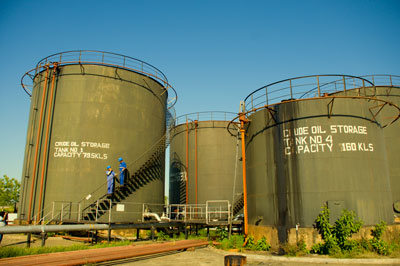 OIL has carved a niche as a leading oil and gas company in the upstream sector with a legacy of hydrocarbon exploration for over six decades and having a share of around 9% of the country’s total crude oil and natural gas production. The company has significant presence across the entire value chain in the hydrocarbon sector, it also produces Liquefied Petroleum Gas (LPG) and transports crude oil and refined petroleum products through cross country pipelines. The company’s In-Country operations are spread over the areas in the states of Assam, Arunachal Pradesh, Mizoram, Tripura, Nagaland, Odisha, Andhra Pradesh and Rajasthan and offshore areas in Andaman, Kerala-Konkan and KG shallow waters. The Company is operating in 03 (three) PEL and 25 (twenty five) PML areas, allotted under the nomination regime in the States of Assam, Arunachal Pradesh and Rajasthan. The Company also holds Participating Interest (PI) in 06 (six) NELP Blocks with operatorship in 04 (four) Blocks and as Non-operator in the remaining 02 (two) Blocks as on 31-03-2021. The Company has further expanded its acreage base through participation under Government of India’s Open Acreage Licensing Policy (OALP) bid rounds. The company has been awarded 25 blocks covering 48,796 SqKm under (OALP) for carrying out E&P activities.

The company operates a 1157 Km long crude oil pipeline in the North East for transportation of crude oil produced by both OIL and ONGCL in the region, to feed Numaligarh, Guwahati, Bongaigaon and Barauni refineries and branch line to feed Digboi refinery. Besides its crude oil trunk pipeline, OIL had also commissioned a 660 Kms long product pipeline from Numaligarh Refinery to Siliguri.

It has also ventured into the City Gas Distribution (CGD) projects to diversify into non E&P energy value chain. On March 25th, 2021, OIL acquired majority stake in Numaligarh Refinery Limited (NRL) having state-of-the-art 3 MMTPA refinery in Assam, resulting in OIL becoming the promoter and the holding company of NRL. Besides, the Company also has stake in Brahmaputra Cracker and Polymer Limited (BCPL).

As one of its strategic initiatives, OIL has also selectively diversified into the Renewable & Alternate Energy sector, installing and commissioning RE projects in the Wind and Solar domains with total installed capacity of 188.10 MW comprising 174.10 MW of Wind Energy projects and 14 MW of Solar Energy projects.

The Company’s financial prudence is reflected in the strong credit rating ascribed by International and Domestic ratings agencies. While Moody’s Investor Service has ascribed ‘Baa3’ (Outlook Stable), Fitch Ratings has given ‘BBB-’ (Outlook Negative) which are at par with India’s Sovereign rating. The CARE ratings given are CARE AAA and CARE A1+ for Long Term and Short Term respectively, which is their highest rating.