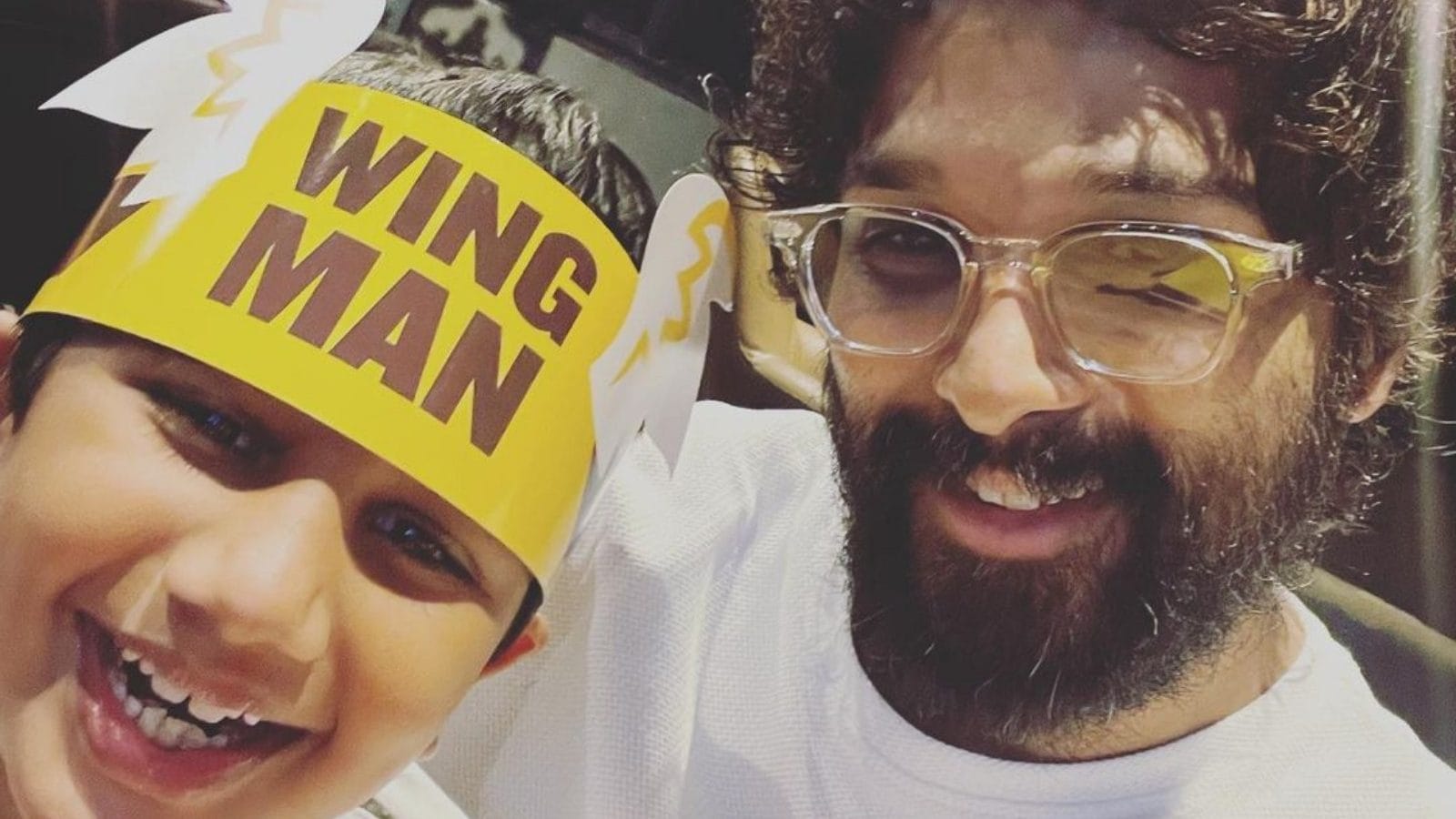 South Superstar Allu Arjun is very close to his family. The actor is a father to two kids, a son Ayaan and a daughter Arha, and he often shares cute pictures with the two on his social media handles. The Surya: The Soldier actor never leaves a chance to make special occasions memorable for his close ones, and on the occasion of his son Ayaan’s birthday, Allu Arjun penned a sweet note to mark the day.

The Lucky The Racer star took to Instagram and shared an adorable picture with his son Ayaan. In the snap, we see Allu Arjun dressed a white crew-neck t-shirt, donning a full grown beard, and a pair of glasses, as he poses with Ayaan who is all smiles. He is seen donning a wing man headgear and making a peace sign as he shares the frame with his father.

Allu Arjun penned a heartwarming note for his son in the captions, alongside the photo and tagged his wife and Ayaan’s mom Sneha Reddy. He wrote, “Many Many Happy Returns of the day to the love of my life, my baby, my sweetest soul Ayaan. May the coming days bring joy , love n laughter into your life. #alluayaan.”

As soon as the post hit the photo-sharing-platform, scores of fans chimed into the comments section and sent birthday wishes to the star kid. While one fan wrote, “Happy Birthday,” another chimed in writing, “ Happy birthday Ayaan ❤️❤️❤️.”

Well, this isn’t the first time Allu Arjun has shared glimpses of celebrations with his family. Last month, Arjun celebrated 11 blissful years of marriage with his wife Sneha Reddy today, on March 6. The actoor took to social media to share an adorable glimpse of the anniversary celebration.

At the time, the Tollywood superstar shared a sweet picture featuring him, his wife, and kids Arha and Ayaan. While Allu Arjun and his wife Sneha twinned in black, son Ayaan wore a white T-shirt, and daughter Shena sported a blue printed t-shirt. The family picture sees Allu Arjun and Sneha Reddy, and the kids as they are all smiles Arha and Ayaan are along with their mom Sneha are seeing gleefully cutting a giant dark chocolate cake to celebrate the occasion.

Speaking about work front, Allu Arjun will next star in the second part of his successful flick, Pushpa: The Rise. Just like the first part, the sequel will also be helmed by filmmaker Sukumar. The actor also has AA21 alongside Koratala Siva in the pipeline, along with an untitled venture with SS Rajamouli.

On the other hand, Pawan Kalyan is set to start the shooting for his upcoming film, and Krish Jagarlamudi directorial Hari Hara Veera Mallu.

Previously, the actor was spotted on the movie set. He was seen sharing some light moments with the film’s art director Thota Tharani. The star will be seen as a warrior in his next.