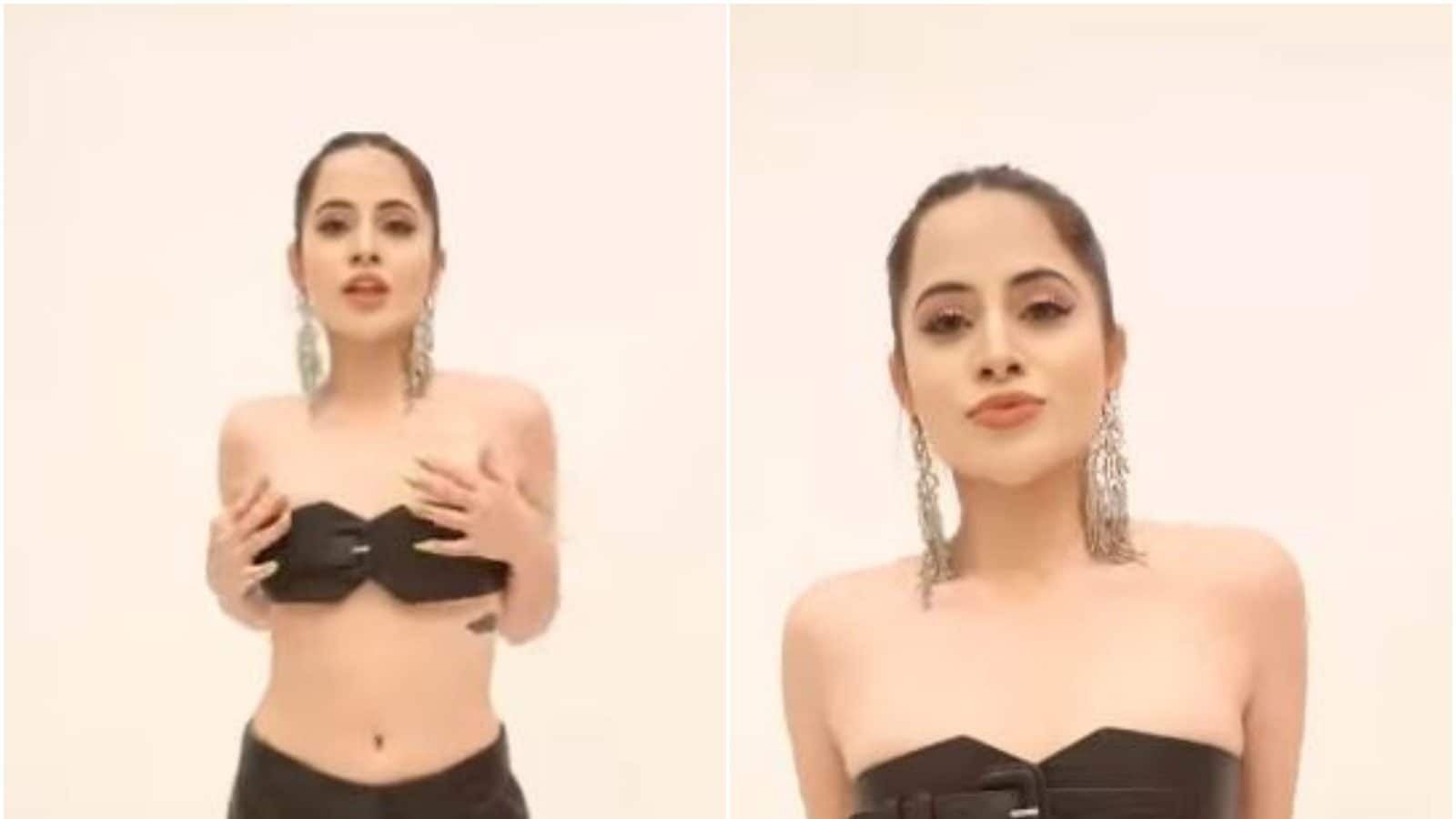 Urfi Javed’s love for weird outfits is known to all. Each time the Bigg Boss OTT fame is spotted in public by paparazzi or posts something on social media, her outfit grabs all the attention. Once again, Urfi Javed is raising eyebrows with her latest fashion hack.

Recently, Urfi took to her official Instagram account and dropped a video in which she can be seen wearing a waist belt as a crop top. She paired it with black pants and blue heels. The actress accessorised her look with long silver earrings and kept her minimal make-up. “Used my waist belt as a crop top! I was literally just thinking what to do with these broad waist belts, here we are – using it as a crop top! Not bad!!” Urfi wrote in the caption.

Urfi Javed’s video has divided netizens. While some are trolling her, others are happy with her creativity. While one of the fans wrote, “Ye to Ranveer singh se bhi aage nikal gai,” another social media user commented, “Dear you’re so good but pls don’t do this.” “What a transformation!” one of the comments read.

Meanwhile, Urfi has also been making headlines for her war of words with Kashmera Shah. It all started after Sussanne Khan’s sister and designer Farah Khan Ali recently commented on one of Urfi’s videos and called her dressing ‘distasteful’. Following this, even Kashmera commented that ‘such people are famous only on Instagram’. Urfi later replied to it later saying, “I am famous on Instagram, not in real life, but you are not in both places”.

On the work front, Urfi Javed was recently seen in a music video along with her rumoured singer boyfriend Kunwarr. Apart from this, Urfi participated in Bigg Boss OTT last year but was the first contestant to get eliminated from the show. She has also worked in several television shows including Bade Bhaiyya Ki Dulhania, Meri Durga, Bepannaah and Puncch Beat Season 2. She also starred in Yeh Rishta Kya Kehlata Hai for some time and later played Tanisha Chakraborty in Kasautii Zindagii Kay 2.