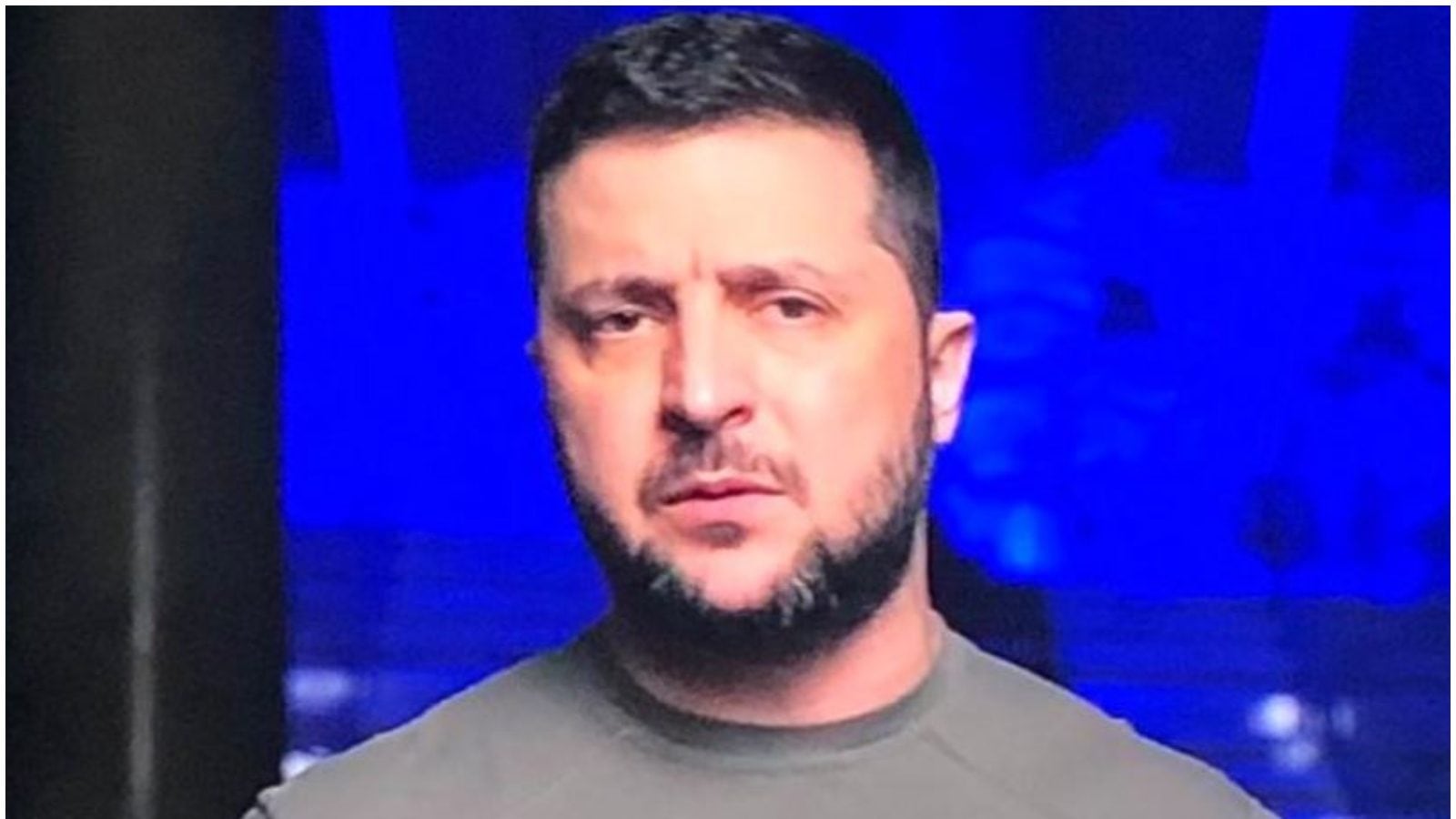 Ukrainian president Volodymyr Zelenskyy appeared in a video message at the Grammy Awards to ask for support in telling the story of Ukraine’s invasion by Russia. During the message that aired on the show Sunday, he likened the invasion to a deadly silence threatening to extinguish the dreams and lives of the Ukrainian people, including children.

“Our musicians wear body armor instead of tuxedos. They sing to the wounded in hospitals, even to those who can’t hear them,” he said. “But the music will break through anyway.”

The Recording Academy, with its partner Global Citizen, prior to the ceremony highlighted a social media campaign called Stand Up For Ukraine to raise money and support during the humanitarian crisis.

“Fill the silence with your music. Fill it today to tell our story. Tell the truth about the war on your social networks, on TV, support us in any way you can any, but not silence. And then peace will come to all our cities,” Zelenskyy said.

Following Zelenskyys message, John Legend performed his song Free with Ukrainian musicians Siuzanna Iglidan and Mika Newton, and poet Lyuba Yakimchuk, as images from the war were shown on screens behind them.

Prior to the 2022 Grammys telecast, it was unclear whether or not Zelensky would appear through satellite or a pre-taped video segment, if at all. As per Variety’, the idea of the Ukrainian President making an Oscars appearance was first floated by co-host Amy Schumer during an interview on ‘The Drew Barrymore Show’ where she said she pitched the ceremony’s producers on getting Zelensky involved.

Recording Academy CEO Harvey Mason Jr. earlier told PEOPLE in a statement, “We are heartbroken by the situation in Ukraine, yet still moved by the resilient spirit on display there every day. We hope the segment inspires our worldwide audience to get involved in supporting these critical humanitarian efforts.”

The Recording Academy had said it would collaborate with Global Citizen — an international education and advocacy organisation working to catalyse the movement to end extreme poverty, and the ‘Stand Up For Ukraine’ movement to give a special segment to Ukraine.