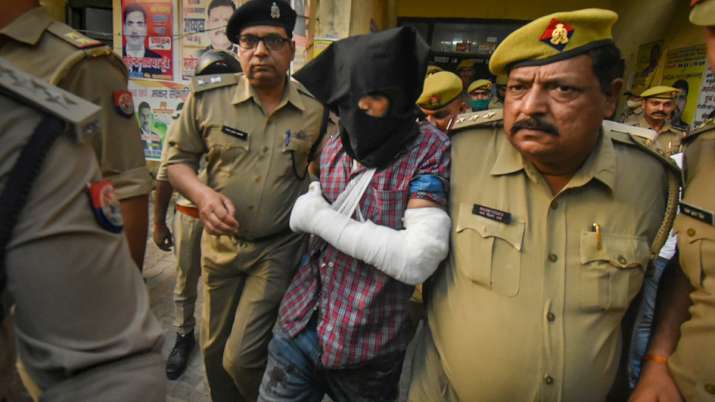 Ahmed Murtaza Abbasi, the accused in the Gorakhnath temple attack case, has said that his hatred spawned from ‘atrocities’ committed against Muslims, according to the police. Murtaza, an IIT graduate, in his confession said that he went to Gorakhnath temple as police officials are always stationed there and he wanted to flee after attacking them.

He also told police that the Citizenship (Amendment) Act and National Register of Citizens (NRC) brought by the government were ‘wrong’.

“I thought about the act from various angles before committing the crime. They (government) were implementing CAA and NRC against Muslims,” he said, adding that even Muslims in Karnataka were victims of injustice.

“I was depressed and wasn’t being able to sleep,” Murtaza said.

According to police, Murtaza had been radicalized to the extent that he was even ready to die after committing crime.

A team of Uttar Pradesh ATS is currently probing the attack on two PAC constables at a gate of Gorakhnath temple on Sunday. Abbasi had attacked two police constables with a sharp-edged weapon and tried to barge into the premises before he was overpowered. The temple is under high security as it is frequently visited by UP Chief Minister Yogi Adityanath, who is the head seer.

After arresting Abbasi, UP police raided his residence in Gorakhpur and collected his laptop and a mobile phone which contains videos related to controversial Islamic preacher Zakir Naik and also about the (Pakistan spy agency) ISI, the official said citing UP police.

The team also visited Navi Mumbai to gather more information on the arrested accused Murtaza Abbasi, who used to live in one of the nodes of Mumbai’s satellite city. Noably, Abbasi’s Aadhaar card mentioned his residential address as “Millenium Tower, Sanpada, Navi Mumbai”.

According to police, the UP ATS team visited the building (Millenium Tower) in the Sanpada node near Vashi. The team found that the flat (mentioned in Abbasi’s Aadhaar card) was sold in 2013. Abbasi’s father Munir Abbasi has purchased another flat at Taj Heights Apartment in sector 50 in Seawoods Darave, also in Navi Mumbai.

The ATS team with the help of officials of the NRI police station visited that flat. It came to light that the Abbasi family had shifted to Gorakhpur in October 2020 and the flat was rented to one Muslim Khan during the lockdown.

Munir Abbasi had visited his flat in Seawoods recently and it was vacated by the tenant. The Abbasi senior then returned to Gorakhpur.

While gathering information about Murtaza Abbasi, police came to know that he mostly kept to himself and was not outspoken. Police are also speaking to the people who knew Murtaza when he was staying in Navi Mumbai’s Sanpada node.