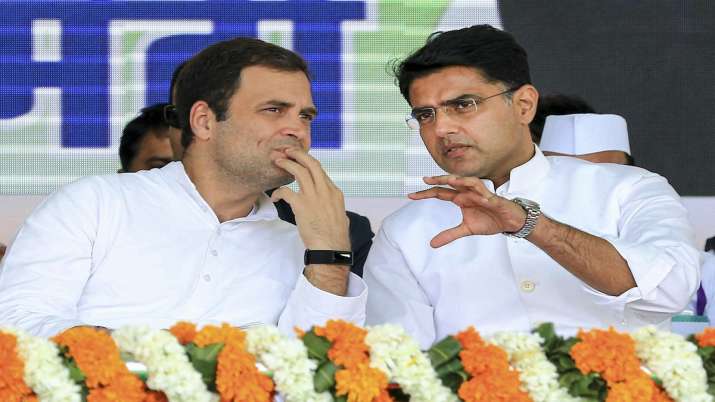 Congress leader Sachin Pilot met Rahul Gandhi in Delhi on Friday (April 8) triggering a political buzz. Sources say that Pilot apprised Gandhi of the situation in the state after the Karauli incident in Rajasthan and discussed other political issues with the former party president.

Pilot, who is eyeing a comeback in the state politics since he revolted against the Ashok Gehlot government, is likely to be entrusted an organisational role very soon.

The BJP has been on attacking mode since the clashes broke out between two groups in Karauli. The state government has claimed that it has taken strict action but the Opposition is continuing with its attacking stance.

The BJP on Friday said that it seems like “there is Taliban rule in the state”.

Addressing a press conference at the party headquarters here, Rajasthan BJP president Satish Poonia said that due to the “appeasement politics of the Gehlot government it looks like there is Taliban rule in Rajasthan”.

“The appeasement policy of the Chief Minister clearly indicates that he himself has created a divide in the name of majority and minority. If you look at the track record of the last three years, you will find that the Rajasthan’s majority community are hesitant to celebrate their festivals, they are afraid,” Poonia added.