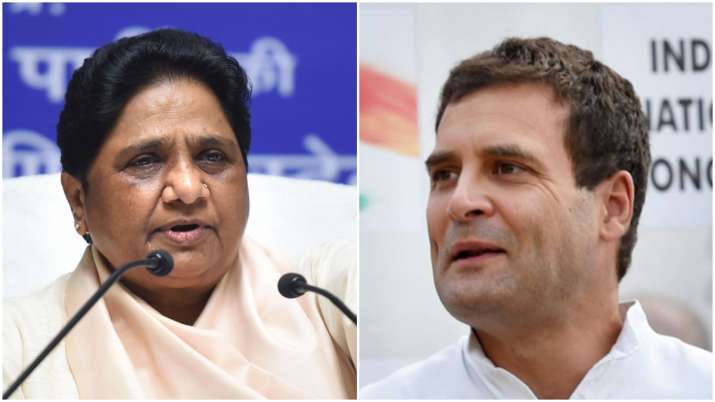 Bahujan Samaj Party (BSP) president Mayawati, on Sunday, slammed Congress MP, Rahul Gandhi, a day after he said that the BSP chief “did not respond” to the party’s alliance offer in Uttar Pradesh during elections.

BSP chief added, “Rahul Gandhi’s allegations of BSP being afraid of BJP & that they asked us about the alliance & offered CM post to me & that I didn’t respond is outrightly fallacious.”

“Congress leader Rahul Gandhi’s comments show his inferior feelings and malevolence towards Dalits and the BSP,” she said at a press conference.

Mayawati said “Congress can’t mend its own way & can’t set its own house in order but is intruding into our matters. Congress & Rahul Gandhi should think 100 times before commenting on the BSP.” In a potshot at Rahul Gandhi she pointed out  “We are not a party where a leader like Rahul Gandhi forcefully hugs the PM in Parliament, we aren’t a party whose fun is made across the world.”

On Saturday, Rahul Gandhi had said that the Congress had offered alliance to Mayawati and even offered to make her the chief ministerial candidate, but ‘she did not even talk to us’. Lashing out at the BSP chief, Rahul said “Mayawatiji didn’t fight elections, we sent her the message to form an alliance but she didn’t respond. Kanshi Ram Ji raised voice of Dalits in UP, though it affected Congress. This time she didn’t fight for Dalit voices because there are CBI, ED & Pegasus.”

In the recently concluded Uttar Pradesh assembly elections, Mayawati’s BSP party party managed to win just one seat, the Congress — despite Priyanka Gandhi Vadra leading the campaign — got just two of 403 seats in the crucial state.