Upset with Akhilesh, Azam Khan may walk out of Samajwadi Party 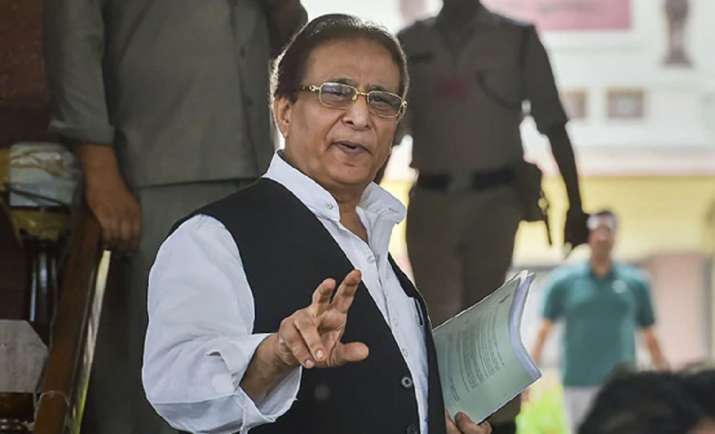 The Samajwadi Party (SP) may soon face another major jolt as speculations about senior party leader Mohd Azam Khan leaving the party and possibly, forming his own party, gained ground.

Azam Khan’s media in charge Fasahat Khan Shanu said, “Chief Minister Yogi Adityanath was right when he said that Akhilesh does not want Azam Khan to be out of jail.”

Fasahat made the remark at a meeting of Khan’s supporters at the party office in Rampur, late on Sunday night.

According to sources, Azam Khan has been upset over the fact that Akhilesh did not visit him in Sitapur jail-except once– where he is lodged since February 2020.

Azam Khan fought the 2022 Uttar Pradesh Assembly elections and won the Rampur seat for the 10th time from behind the bars in Sitapur jail.

Fasahat said, “On the indication of Azam Khan, the Muslims not only in Rampur, but also in several districts voted for the SP. But the SP national president did not take the side of Muslims. Azam Khan is in jail for more than two years, but the SP president only once went to meet him in jail. Not just this, Muslims are not being given importance in the party.”

Interestingly, day ago, SP MP Shafiqur Rehman Barq had also alleged that SP was not working for Muslims.

Samajwadi Party state spokesperson and national secretary Rajendra Chaudhary said: “I am not aware of any such meeting or comments. Azam Khan is with the SP and the SP is with him.”

Earlier, Azam Khan had been out of SP for almost a year after the party had expelled him in May 2009 for six years.

The expulsion was revoked in December 2010 and he re-joined the party. During the period of his expulsion, he did not ally with or join any other party.

Meanwhile, an MLA known for his proximity to Azam Khan admitted that Khan was being increasingly side lined after Akhilesh took over the reins of power in the party in 2017 and even Mulayam Singh Yadav had been relegated to the wings.

“Azam Khan may quit SP though he may not join any political party for some time-at least, till the Lok Sabha elections. He has every reason to feel betrayed by the party leadership,” the MLA said.