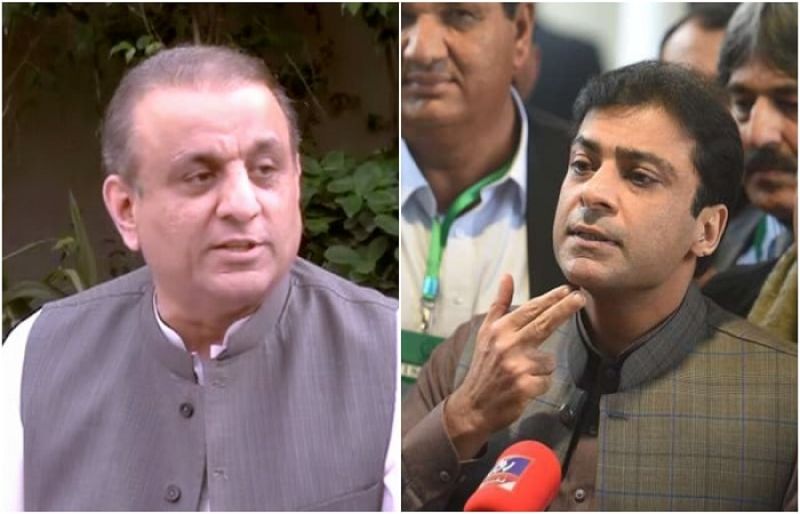 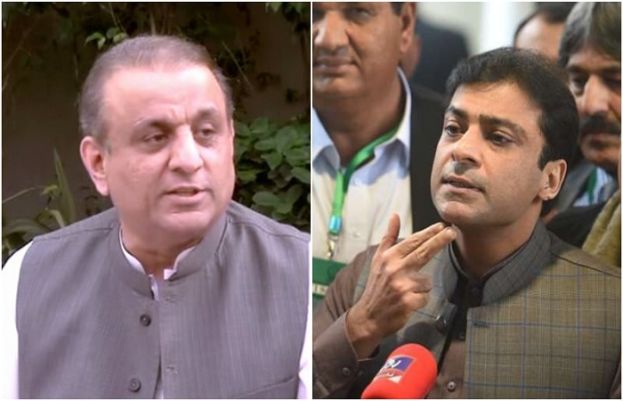 PTI dissident Abdul Aleem Khan on Wednesday refuted rumours of a “heated argument and fight” with PML-N leader Hamza Shahbaz at a private hotel in Lahore.

“I have a very good relationship of love and respect with Hamza. He is like my younger brother and nothing like that has or will happen,” he tweeted today afternoon.

Aleem Khan’s clarification comes in the wake of reports on social media that he got into a disagreement with the PML-N leader last night at a Lahore hotel where Hamza allegedly slapped the former. It was also said that the PTI dissident warned Hamza of resignations if his terms and conditions were not met.

Once a close aide of PTI Chairman Imran Khan, Aleem Khan expressed disillusionment with Imran and recently took a position against the PTI by deciding to support the PML-N led joint opposition candidate in the chief minister election in Punjab.

In his tweet today, Aleem Khan accused Chaudhry Parvez Elahi, who is the PML-Q and PTI’s candidate for the upcoming Punjab chief minister election, for the fake news about a rift between him and Hamza.

“Pervez Elahi sahib can see his defeat. He has realised that defeat has become his destiny and therefore has resorted to such ugly moves,” he claimed.

Elahi should, Khan added, accept his defeat and step into the ground for the polls. “There will be no need for him to do such things then,” he added.

He had assailed Imran’s government in the Centre and the Usman Buzdar-led Punjab government for “completely failing to fulfil its mandate and bring about the promised change”.

Although Aleem wasn’t needed in the National Assembly, his role in Punjab was crucial.

The Punjab Assembly has to elect the new leader of the house after Buzdar’s resignation last month. PML-Q’s Elahi and PML-N’s Hamza — who has been assured support by Aleem — are expected to go head to head in the race to become the next chief minister.

To be elected as chief minister, a candidate will need at least 186 votes in the 371-member house.

Both these groups have announced their support for Hamza in a clear separation from their party, which has all but guaranteed victory for the PML-N candidate.

However, the elections have been stalled ever since a no-confidence motion was submitted against Elahi, who is also PA speaker.

According to the assembly secretariat, the session would be convened on April 16 as per an earlier notification of the assembly signed by the deputy speaker. Elahi had used his authority as the spe­aker and ordered withdrawal of powers delegated to Mazari with immediate effect.

Mazari’s power to preside over a session was also snatched following the submission of a no-confidence motion against him by his own fellow lawmakers in the PTI-PML-Q coalition. His sudden change of heart to hold a session earlier than April 16 was termed the ‘handiwork’ of the PML-N leadership that allegedly wooed him through a ‘good offer’.

On April 8, Hamza filed a petition in the Lahore High Court (LHC) seeking its help to hold fair and transparent elections. Simultaneously, Elahi also approached the court accusing the PML-N of holding its MPAs hostage.

Yesterday, after hearing arguments from both the sides, LHC CJ Ameer Bhatti reserved the verdict in the case.