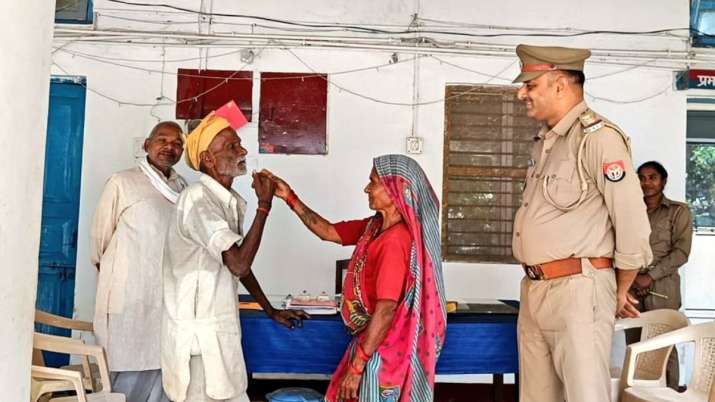 Fights are common in a family but love is not lost when a couple bickers. A heartwarming video is doing the rounds on the internet in which an old couple has reached a police station to resolve. The cop who is mediating the fight comes up with a unique way so that the fight is resolved and they go home happy.

The cop is seen asking the old couple to feed each other motichoor ka laddoo. The couple feed each other as they resolve their conflict but the man does not shy away from passing a snide comment at his wife as he feeds her the laddoo. He says that she is trying t bite his hand as he fed her. The cops surrounding them burst into laughter seeing him make this comment. The heartwarming video is winning over the internet. The reported incident is from UP’s Gonda district.

Netizens jumped in the comments section to congratulate the police officer on a job well done. One of the Twitter users wrote, “Good job,” and another one said, “Commendable job.”