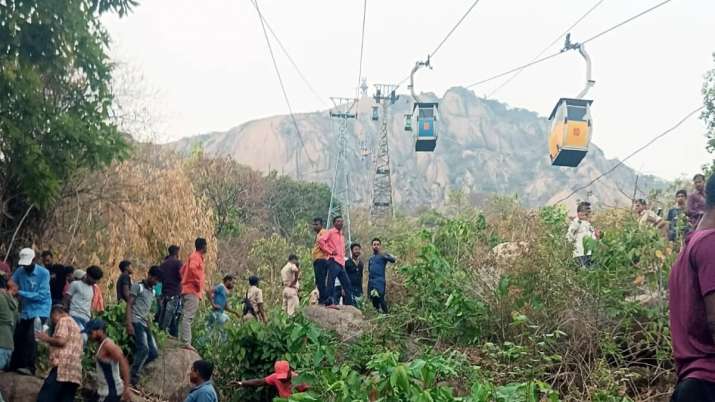 Deogarh ropeway accident: Three people died and about 70 others were left dangling mid-air for almost three days as cable cars of ropeway in Jharkhand’s Deogarh collided with each other on Sunday (April 10). The stranded people were rescued following a daring operation involving the Army, IAF, ITBP, NDRF and other  forces.

Taking suo motu cognisance of the tragedy, the Jharkhand High Court has asked the state government to submit a report by April 25. On the other hand, Chief Minister Hemant Soren has said that a high-level inquiry would be initiated in the incident. Soren has been facing the opposition’s flak for the handling of the Deogarh accident that made national, international headlines.

But who is to be blamed for the incident? Who will take the responsibility of three deaths and endagering lives of dozens others? Probably, no one!

The incident handed over ample fodder to the Bharatiya Janata Party (BJP), which is in opposition in Jharkhand, to underline the inefficiency of the JMM-Congress government. BJP Godda MP Nishikant Dubey, who camped at the accident site for two days, alleged that the higher officials, including the state chief secretary had no information of what happened at Deogarh’s Trikut hills even after three hours of the mishap taking place.

Terming the ropeway accident as ‘rare and unfortunate’, the state tourism development corporation has that the company -Damodar Ropeway and Infra Limited (DRIL) – hired to operate the system had negligible record of slip-ups or lapses, and the contract was given to them after a performance assessment.

Alok Prasad, the general manager of Jharkhand tourism development corporation (JTDC), said that the state had maintained the ropeway, constructed by DRIL in 2007 over Tirkut hills, for two years before handing over its operations to the company.

“It was India’s only company which had negligible record of untoward incidents. DRIL operates ropeways in around 40 places of India,” he said. “The Tirkut hill ropeway started its operations only in 2009 as it took time to get a technical clearance. For two years, the JTDC ran the ropeway before handing over its operations to DRIL,” Prasad stated. Locals in Deogarh claimed that lack of maintenance and overloading of cable cars could have led to the accident. 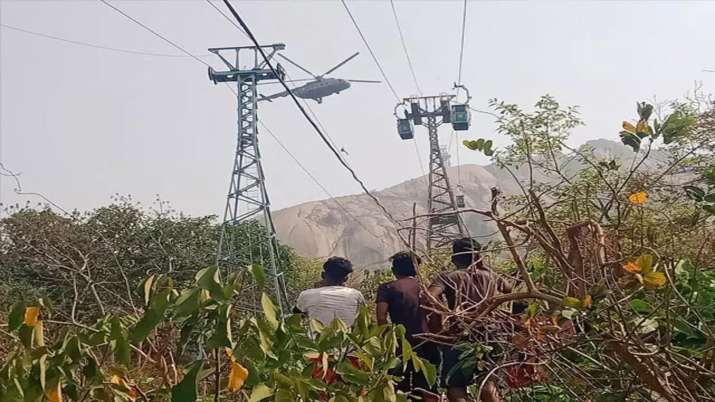 Asked if a backup plan was in place for mishaps, Prasad said, “There is a service rope to rescue people if trolleys get stuck. However, in this incident; the service rope could not be used.” Service rope is an additional cord used for maintenance work. It is also used to rescue passengers with the help of harness in case a cable car gets stuck in between. Operational rope is the one that is used to ferry the cable cars.

In this case, according to Prasad, the service rope could not be used as the operational rope sagged owing to the weight of the stranded cable cars, thus increasing the gap between the two. According to the Jharkhand Tourism department, the Tirkut ropeway, close to Baba Baidyanath temple, is India’s highest vertical ropeway. It is around 766-metres-long.