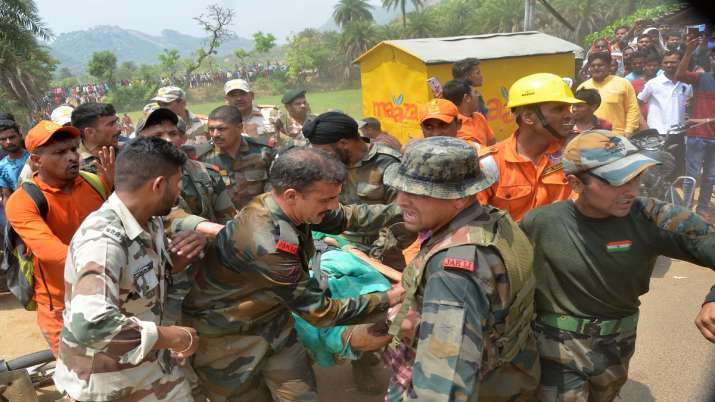 Nearly 70 people were stuck on the ropeway in Jharkhand’s Deoghar following a collision between cable cars due to technical snag on Sunday (April 10).

A joint team of IAF, Army, Indo-Tibetan Border Police and local police launched a complicated rescue mission to bring people to safety who were trapped mid-air.

Unfortunately three people died, including two tourists who fell down while being pulled up by IAF helicopter during rescue operation. At least 12 injured people are undergoing treatment at hospitals.

The Trikut ropeway, according to the Jharkhand Tourism Department, is India’s highest vertical ropeway. It is around 766-metre long.