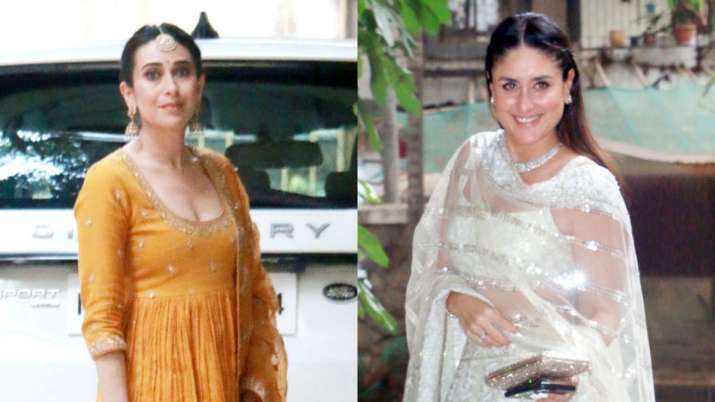 Kapoor’s wedding is here! Alia Bhatt and Ranbir Kapoor are getting married and their pre-wedding festivities have already begun. The Bollywood divas Kareena Kapoor Khan and Karisma Kapoor have undoubtedly aced their fashion game on day one couple’s wedding festivities. The sisters, on Wednesday afternoon, were spotted leaving for Ranbir’s residence Vastu, where the pre-wedding rituals are being held. For the special occasion, Karisma and Kareena opted for traditional outfits. The younger sister chose to wear an ivory dream lehenga. On the other hand, Karisma was seen dressed in a yellow Anarkali suit.

For Ranbir-Alia’s Mehendi, Kareena Kapoor chose to wear a stunning designer lehenga in the shade of white. Heavy embroidery with sequins all over, the outfit had hues of pink and blue towards the end of the lehenga skirt. For the choli, the actress went for a strappy blouse with pearl embellishments. To complete her look, the actress paired a sequinned dupatta. Kareena manage to steal the limelight with her nude make-up look and soft braided hairstyle. To accessorise, Kareena opted for a silver clutch and statement bangles. Ranbir Kapoor-Alia Bhatt Wedding: 1 Lakh for ‘joota churai’ to special wedding gift, here’s what’s expected 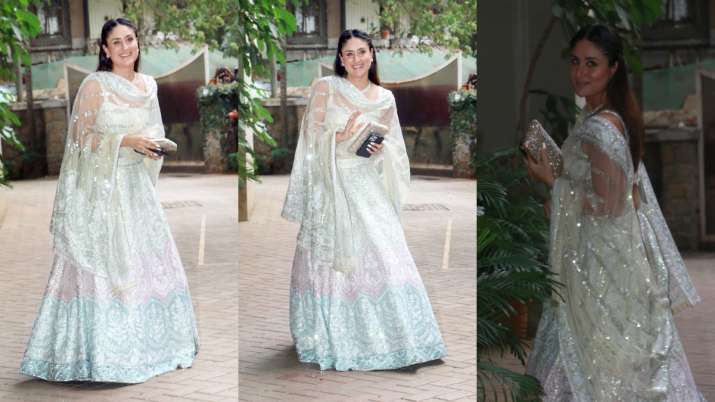 The elder Kapoor sister looked gorgeous in an Anarkali suit for the pre-wedding ceremony. Karisma wore a deep-neck heavy embroidery classy yellow flared up anarkali, paired with matching pants and a dupatta. She styled her ensemble with a pair of statement earning and a maang-tikka. Also, Karisma carried a potli bag, which perfectly complements her look. With flawless makeup, the actress tied her hair back in a neat bun. 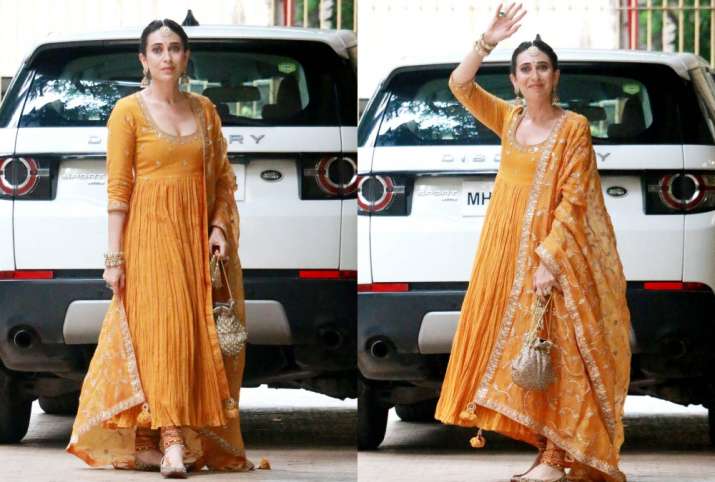 Meanwhile, Ranbir and Alia are all set to tie the knot in a private ceremony on April 14. Today marks the beginning of their pre-wedding festivities that will begin with Ganesh Puja and followed by Mehendi. Pictures of the decked up Krishna Raj bungalow and Vaastu are all over the internet which has raised the excitement even more. Ranbir Kapoor-Alia Bhatt pre-wedding festivities pics: Kareena, Karisma & more swarm Vaastu