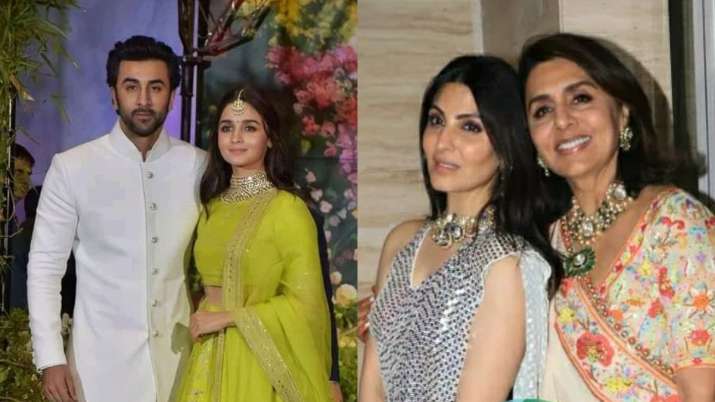 The big fat Ranbir Kapoor–Alia Bhatt wedding is here! After dating for almost five years, the couple is all set to tie the knot in a private ceremony on April 14. Today marked the beginning of their pre-wedding rituals that began with Ganesh Puja, followed by Mehendi ceremony. After remaining tight-lipped about the wedding date, the mother-daughter duo, Neetu Kapoor and Riddhima Kapoor Sahni have finally confirmed that the wedding is going to take place on Thursday at Ranbir-Alia’s Bandra residence, Vastu.