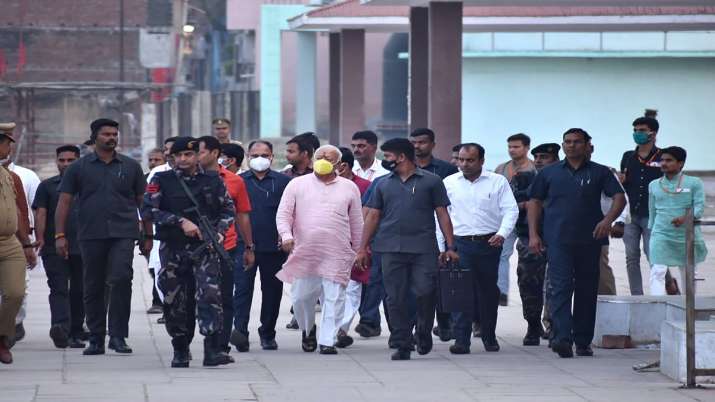 Rashtriya Swayamsevak Sangh (RSS) chief Mohan Bhagwat has said that ‘Akhand Bharat’ — Unified India, the dream of Swami Vivekananda and Maharishi Arvind, will be a reality in 10-15 years if comman people will also put little effort. Bhagwat made this statement during Prana Pratishtha ceremony in Haridwar.

The RSS chief said that the speed with which the country was moving on the path of upliftment, it will take 20-25 years to become Akhand Bharat. He further said that the time would be half if upliftment picks up pace.

Bhagwat said, “We will talk about non-violence but also keep a stick in our hands because the world believes in power.”

However, Bhagwat’s remarks faced a retort from Shiv Sena MP Sanjay Raut who challenged the RSS chief to achieve the dream of Akhand Bharat in 15 days and not in 15 years.

Speaking to reporters, Raut said, “…first include POK in India, then Pakistan, Sri Lanka and then others to complete ‘Akhand Bharat’, who is stopping. However, don’t promise to do it in 15 years, do it in 15 days, instead.”

ALSO READ | ‘If needed, will send officers to Israel’: Punjab CM hits back at Oppn over ‘Delhi remote control’ comment