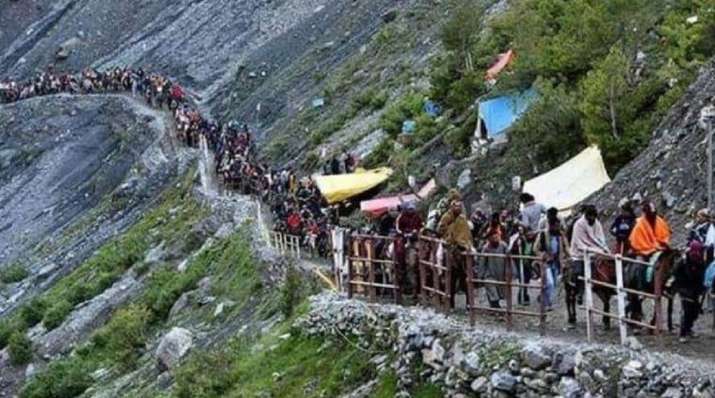 As the registration for the annual pilgrimage to the cave shrine of Amarnath in south Kashmir has already commenced across the country, first pictures of the shrine have emerged. The pilgrimage to the Himalayan shrine of Amarnath located at a height of 3,880 metres in south Kashmir will start on June 30 after a two-year hiatus due to the COVID-19 pandemic. The 43-day yatra (pilgrimage) will end on August 11, shrine authorities said on Sunday.

Preparations to commence the Amarnath Yatra have already begun and road clearance operations are underway. 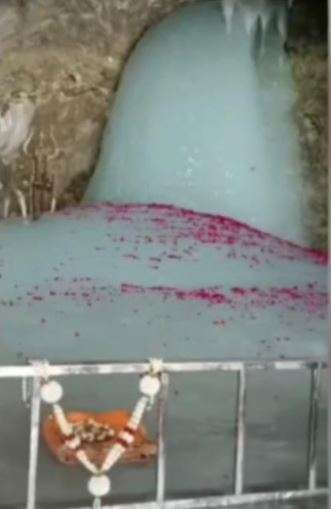 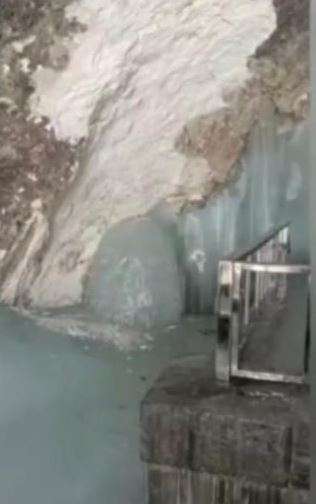 Meanwhile, officials have said this year’s Amarnath Yatra is expected to be “much bigger” than before, with the administration here preparing to welcome about eight lakh pilgrims to the cave shrine in south Kashmir. The arrangements for the 43-day pilgrimage, to be held after a gap of two years due to the COVID pandemic, were discussed at a meeting here chaired by Union Information and Broadcasting Ministry Secretary Apurva Chandra.

Talking to reporters, Chandra said during the meeting, it was informed that this year’s yatra — scheduled to begin from June 30 — is expected to “be much bigger and better than before”.

“Expectations are that this year’s yatra will be twice the size than ever before. They expect about six to eight lakh pilgrims to visit the cave shrine,” the secretary said.

He said the arrangements for the yatra will also be twice the size than previous years.

“Be it drinking water, lodging, or sanitation, the whole administration is equipped to welcome a large number of pilgrims,” Chandra said.

Chief Executive Officer (CEO) of the Shri Amarnathji Shrine Board, Nitishwar Kumar, said, “We are expecting a two-fold increase in the yatra this year and similarly, we have also done two-fold preparations to make it successful.”

Chandra, who convened the meeting for the yatra’s publicity, said arrangements will be done for the security of pilgrims.

“The nation’s security agencies are on it. The security in Kashmir is good as can be seen by the huge number of tourist arrivals,” Chandra said.

The registration for the annual pilgrimage to the cave shrine of Amarnath commenced across the country on Monday. It could not be held in 2020 and 2021 due to the pandemic.

In 2019, the yatra was cut short days before August 5, when the Centre abrogated Article 370.

Also Read | Amarnath Yatra to start from June 30, will last for 43 days