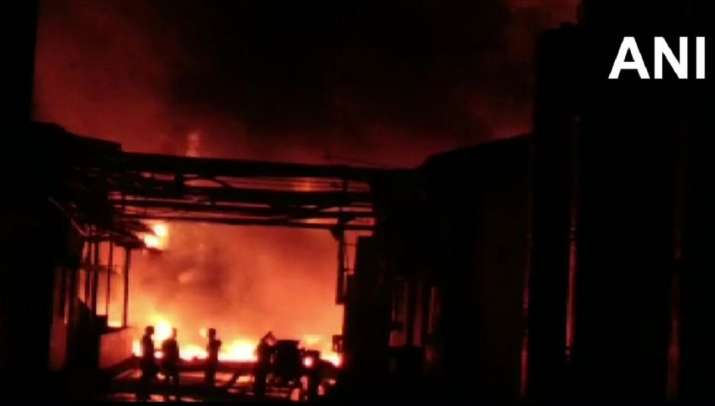 As many as six people were killed, while 12 others were injured after a fire broke out at a chemical factory in Andhra Pradesh. According to the details, the blaze was reported from a factory in Akkireddigudem, Eluru late on Wednesday.

Commenting on the incident, Eluru SP Rahul Dev Sharma said the blaze was reported due to a leakage of nitric acid, monomethyl at the factory.

Earlier on Tuesday, a massive fire broke out in the forest area of Tirumala, which was bought under control and was doused off, said Forest Range Officer (FRO).

“A Fire broke out in the Tirumala forest area in the afternoon of Tuesday around 2:30 pm. Fires spread rapidly in the forest area near the Elephant Arch on First Ghat Road. Tirumala Tirupati Devasthanams (TTD) forest department personnel reached the spot and it took around 8 hours to douse the fire,” said Prabhakar Reddy, Forest Range Officer, Tirumala.

Reddy said that it might be the work of the smugglers for road visibility.

“They used cloths to lit the fire in a couple of places. Nearly 50 people tried to douse the fire in the afternoon around 2 pm. Though the fire didn’t come on the side of Tirumala, it was stopped 1 km away from the Ghat road,” he added.