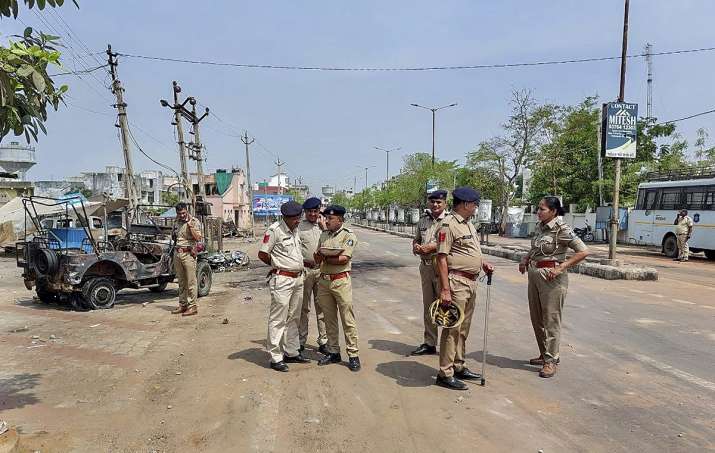 Sixteen-year-old Shivam Shukla, one of those hurt in the Khargone violence, is battling for his life at a hospital in Madhya Pradesh. Details have revealed Shivam was a part of the Ram Navami procession and was badly hurt after stones were pelted and petrol bombs were hurled in a communal clash on April 10.

Doctors say Shivam’s skull bones have broken and have punctured his brain. A clot is formed, the doctors have revealed.

Though a surgery was performed to save Shivam’s life and fragments of stones have been pulled out from his head, he is still in the ICU, in critical condition. 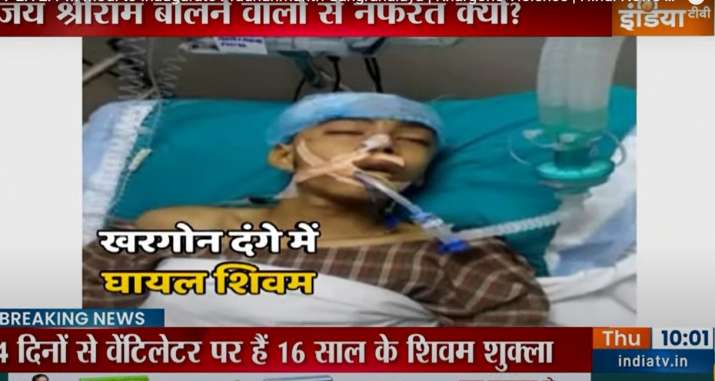 The situation remains tense but peaceful in Khargone, which is under a curfew since Sunday following incidents of arson and stone-pelting during Ram Navami celebrations, officials said and denied reports that over 100 families were forced to migrate from the riot-affected city.

Nearly 100 people have been arrested so far in connection with the violence in Khargone and 89 of them have been sent to jail, Additional Superintendent of Police Neeraj Chourasia said.

Eyewitnesses said Shivam was seen lying on the ground with serious head injuries. He was then rushed to a local private hospital, however, was later shifted to a government hospital due to the non-availability of beds.

Doctors at the hospital say they saw a hole in Shivam’s head, but he was alive. They immediately referred him to Indore for better treatment.  Shivam felt unconscious by the time he reached the hospital in Indore.

Currently under the treatment of neurosurgeon Dr. Pranav Ghodgaonkar, Shivam still lies unconscious and doctors are unsure as to when he will regain consciousness.

Shivam’s medical reports have revealed the injury to his head was caused by stones.

Shivam’s father, Purshottam Shukla, is a farmer. Shivam was pursuing a diploma in Computer Sciences from ITI, for which he had shifted to Khargone to live with his uncle Surendra Joshi.

Shivam has two elder sisters, one of whom was scheduled to get married on April 17. Her wedding now stands postponed.

On Tuesday, Muslim clerics had submitted a memorandum to the DGP alleging the Khargone district administration demolished many houses and properties belonging to members of the minority community in a hurried action without a probe, forcing over 100 Muslim families to migrate from the city.

However, sub-divisional magistrate Milind Dhoke on Wednesday said the reports that over 100 families were forced to migrate from different trouble-torn areas were “not true”.

“Those whose houses were torched or damaged in stone-pelting have gone to their relatives’ place and the number of such families is only two or three,” he said in a statement.

The divisional commissioner and senior police officials were camping in Khargone to review the situation.