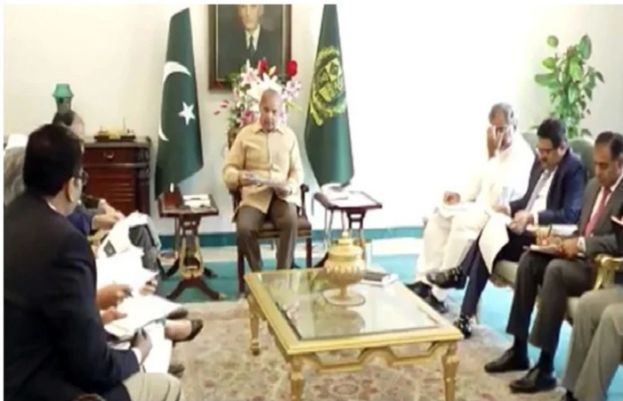 PM Shehbaz on Thursday chaired a meeting where he was briefed on the prevailing economic situation of the country by the Ministry of Finance.

During the meeting, PM Shehbaz said that efforts are being made on an emergency basis to make the country economically strong. He directed his economic team to prepare a detailed strategy for relevant reforms.

“Steps should be taken to improve the economic condition of the common man in any case,” the premier said.

Moreover, he also issued directives for efforts to be made on priority basis to control inflation.

Meanwhile, the Ministry of Energy presented the charge sheet of the former government’s “incompetence” to the prime minister.

The Power division presented the document during a meeting over energy and power load shedding, chaired by PM Shehbaz.

Moreover, the Power division’s report stated that the technical faults were not rectified and timely repairs and replacement of spare parts were not done under the former government. Most of these faults were administrative in nature, while some were due to policy decisions.

The prime minister expressed displeasure over the situation and directed immediate redressal of the faults and flaws.