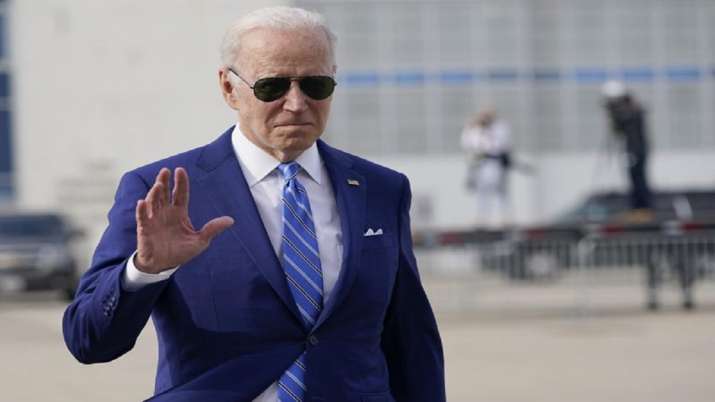 US President Joe Biden on Wednesday (April 13) said that his administration will provide Ukraine with an additional 800 million US dollars’ worth of military aid including heavy artillery as Washington anticipated a “wider assault” by Russia in eastern Ukraine.

“As Russia prepares to intensify its attack in the Donbas region, the United States will continue to provide Ukraine with the capabilities to defend itself,” Biden said in a statement after a phone call with Ukrainian President Volodymyr Zelenskyy.” Will contain many of the highly effective weapons systems we have already provided and new capabilities tailored to the wider assault we expect Russia to launch in eastern Ukraine,” Biden said.

“These new capabilities include artillery systems, artillery rounds and armored personnel carriers. I have also approved the transfer of additional helicopters,” he said, adding that the United States will continue to facilitate the transfer of significant capabilities from its allies and partners around the world.

The United States has committed 1.7 billion dollars in security assistance to Ukraine since Russia began its “special military operation”.Russian Foreign Ministry said on Wednesday that Moscow has added 398 members of the United States Congress to its travel ban list.

“In response to another ‘wave’ of anti-Russian sanctions imposed by the administration of (US President) Joe Biden on March 24 of this year against 328 lawmakers of the State Duma …which…constitutes almost its entire composition, ‘mirror’ sanctions are introduced against 398 members of the House of Representatives of the US Congress,” the ministry said in a statement, according to Russian media.

The ministry added that Russia plans to expand its travel ban list in the near future.