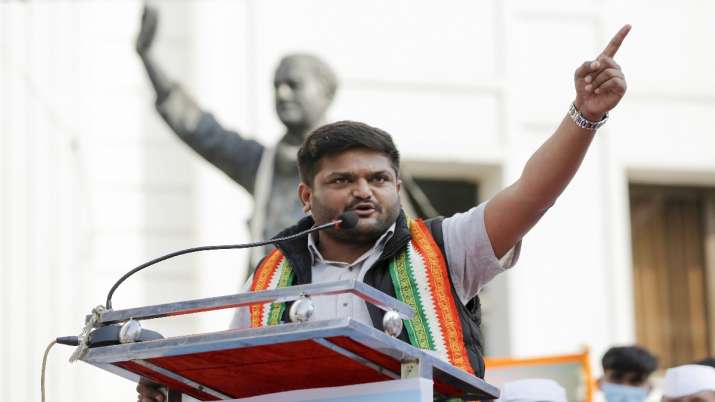 The Aam Aadmi Party is making an attempt to warm up to ‘disgruntled’ Congress leader Hardik Patel who on Thursday expressed his anger against the party leadership. The Gujarat Congress working president even alleged that the leaders of his party’s state unit were harassing him and want him to leave the party.

With Gujarat Assembly elections round the corner, the AAP, which is trying to spread its grassroot in the western state, has pounced on the opportunity and extended an olive branch to the Patel community leader. “If Hardik Patel is not liking in Congress, he should join a like-minded party like AAP. Instead of complaining to Congress, and wasting his time, he should contribute here. A party like Congress would not have a place for dedicated people like him,” Gopal Italia, AAP Gujarat chief.

On Thurdsay, Patel complained that although he had taken up the issue of his harassment with Congress leader Rahul Gandhi many times, no action has been taken to address his grievances. Interestingly, Rahul Gandhi had inducted Patel into the party in 2017, after Congress benefited due to quota agitation in the state assembly elections in same year.

According to reports, the Congress’s plan to rope in the chairman of the Khodaldham Temple Trust Naresh Patel, a prominent Patidar face, ahead of 2022 state polls has apparently angered Hardik, who believes that his clout as Patidar leader will be finished if Naresh Patel joins the Congress party. “You used Hardik in 2017, you want to use Naresh bhai in 2022 and in 2027 you would use another Patidar leader. Why don’t you support and strengthen Hardik?” he said.