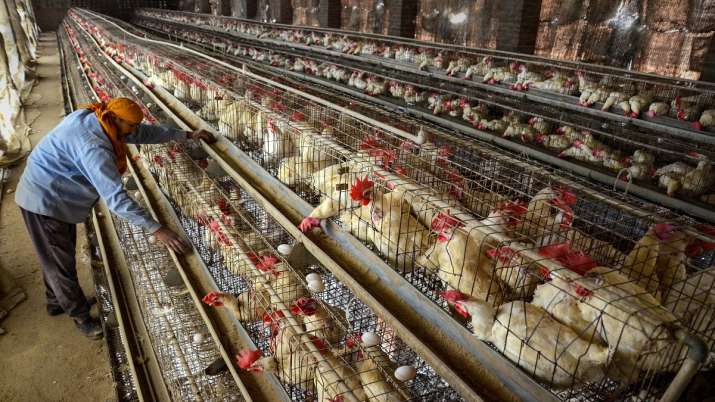 Avian influenza (H5N1) scare has gripped Bihar’s Supaul district with the administration on Thursday (April 14) directing culling of chickens in poultry farms located in affected areas after samples of birds found dead there came out positive.

District officials appealed to the people to avoid consumption of chicken in the region.

The villagers of Chapkahi spotted the birds are found restless and dying in large numbers. They approached local veterinary doctors at that time and gave medicines and injections to some of the birds but they did not recover from the illness.

During preliminary investigation, the animal husbandry officers hinted towards the symptoms of neurotic disease in the birds. They, however, collected the samples and sent them to the lab in Bhopal to find out the exact reason of deaths.

“The officials of the Animal Husbandry department had collected the samples of birds and sent them to the lab in Bhopal for testing. Its report has come positive. Accordingly, an action plan for prevention, control and containment of avian influenza is activated in the region to prevent its further spread,” Sharan said.

“On the direction of District Magistrate Kaushal Kumar, 4 rapid response teams comprising specialist animal husbandry officers and veterinary doctors have been constituted for the culling of chickens in the poultry farms located in the one km radius of Chapkahi village followed by their burial in the soil. Area in a one km radius from Chapkahi village is declared as an infected area. Each team is working under the supervision of an SDO rank officer. Besides, the teams are also taking samples of chickens in the poultry farms located in the radius of 9 km from the Chapkahi village. The 9 km areas from the epicenter are declared as surveillance area,” Sharan said.

As per the directive of district administration, the places have been identified for the burial of chickens and ducks. The places are away from low lying areas and away from the water bodies to avoid groundwater contamination.

The rapid response team will do the culling followed by putting them into the jute bags and sprinkle calcium carbonate powder before the burial. The district administration has provided PPE kits to every labourer who will do the culling. They will also be assigned to count the numbers and report to the team and the district civil surgeon will report to the District Magistrate office.