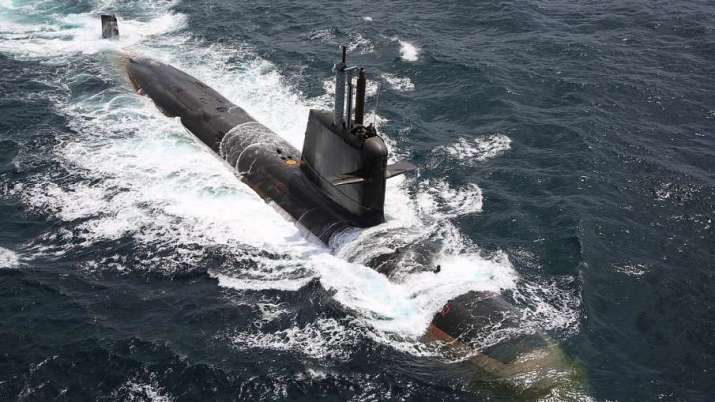 INS Vagsheer, an ultra-modern submarine, that has kept the country’s sea border impenetrable and unbroken, is set to join Indian Navy’s fold. This submarine is likely to render sleepless nights to India’s enemies.

Let’s see what we know so far:

How does the submarine look

This submarine, built under Project 75, is the last submarine of the Kalvari class. It is a diesel-electric submarine. The submarine is about 221-feet-long and 40-feet high. The war machine is run by 360 battery cells.  More than 40 per cent of this beast has been built at Manjgaon Dock, Mumbai, under the self-reliant India project.

What’s the speed of the submarine

On the surface of the water, this submarine moves at a speed of about 20 kmph, while the speed of this silent killer underwater is about 37 kmph. This submarine finds and locates an enemy by going to a depth of 350 feet. Most importantly, in times of ambush, this machine can silently remain in sea for about 50 days. The range of these submarines is determined according to their speed.

Which lethal weapon is equipped with INS Vagsheer

Several kinds of lethal weapons are fitted in this submarine to combat its enemies. This submarine has 6 torpedo tubes of 533 mm. During any major operation, this silent killer can carry 18 torpedoes or SM39 anti-sheep missiles with it. Vagsheer also has the ability to lay mines in the sea to destroy enemy submarines and warships. INS Vagsheer can lay about 30 mines simultaneously.

Why is it called the silent killer

Due to its advanced system, this submarine moves in the sea without making a sound. Due to stealth technology, it does not come under the enemy radar. Two advanced periscopes are also fitted in this submarine. Equipped with modern navigation and tracking systems, INS Vagsheer is fully capable of operating in any weather conditions.

What kind of missions can Vagasheer carry out

INS Vagsheer has proficiency in carrying out all types of missions. Especially in anti-submarine warfare, anti-surface warfare, intelligence gathering, laying of mines, and other submarines are no match for Vagsheer. Advance systems of communication are fitted in this submarine to communicate with other naval warships.

How is the life of soldiers in a submarine

Six officers and 35 sailors can be deployed in this submarine at a time. Working hours are fixed in this submarine. Every jawan and officer have to carry out 3 hours of duty and then take a break of 6 hours. Also, there are small compartments, where the soldiers and officers can rest. Due to less space, many things have to be taken care of. The kitchen in a submarine is called a galley.

INS Vagsheer will be transferred on April 20. Once it is inducted, sea trial of the beat will be carried out for a year. The target has been set to hand over this submarine to the Indian Navy by March 2024. By joining the war fleet of this submarine, the security of the sea border will be further strengthened.