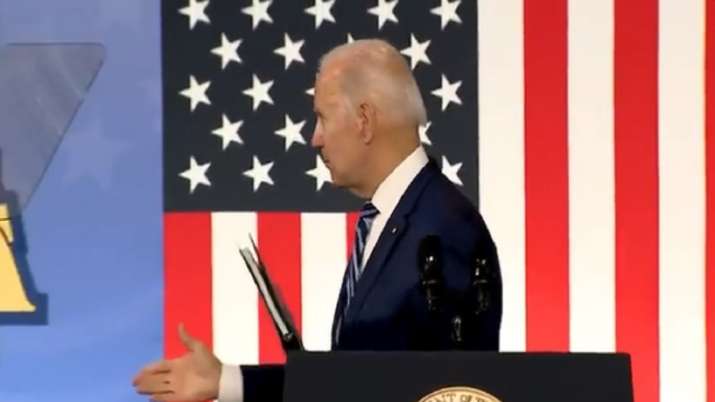 United States President Joe Biden caught Twitter’s attention after his gesture of shaking hands post a speech, but wait there was nobody standing next to him at the podium, so whom did he greet to, even the Twitter is puzzled.

The 79-year-old US President Biden was giving a speech at North Carolina Agricultural and Technical State University in Greensboro on Thursday.

After completing his speech, Joe Biden turned right and moved his hand forward giving a handshake gesture but there was nobody standing next to him. The scene was caught on camera. Take a look.

As the video went viral, the Twitter users took it forward to share, react on what they could guess from Biden’s gesture.

Harmeet Kaur Dhillon, an American lawyer and Republican Party official also reacted to Biden’s handshake saying, “I repeat, where are the White House and Biden family handlers whose job it is to make him look good? This is truly bizarre, unless they WANT him to look like a dementia patient.”

Check out some more reactions.

ALSO READ | Jaishankar’s stern parting message in US: ‘We know what we are doing’