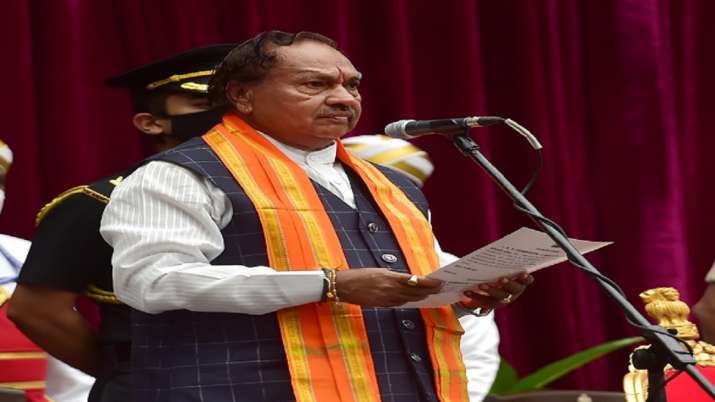 Amid the ongoing row over the alleged suicide of a Karnataka-based contractor Santosh Patil’s alleged suicide case, Rural Development and Panchayat Raj Minister K S Eshwarappa submitted his resignation to Karnataka CM Basavaraj Bommai on Friday. The development came a day after Eshwarappa announced he will resign from the post.

Ahead of his resignation, earlier today he told his supporters and party workers that he will come out clear as innocent from the allegations made against him as part of a conspiracy and will certainly become a minister once again.

The Karnataka police have booked a case against Eshwarappa for allegedly abetting the suicide of contractor Santosh Patil, who was found dead at a hotel in Udupi, weeks after accusing Eshwarappa, who is also a senior BJP leader, of corruption.

Before resigning, Eshwarappa said he is emotional after getting support and love from leaders like B S Yediyurappa, CM Bommai, Ministers, legislators, and karyakartas.

Eshwarappa also visited the Sree Siddaganga Mutt in Tumakuru, before meeting CM Bommai. Meanwhile, the Congress party accused the Karnataka government and Chief Minister Basavaraj Bommai of trying to protect Eshwarappa. It demanded Eshwarappa’s arrest and that he should be booked under the Prevention of Corruption Act. The opposition party also urged that an impartial investigation be conducted by the police under the supervision of a sitting judge of the Karnataka High Court.