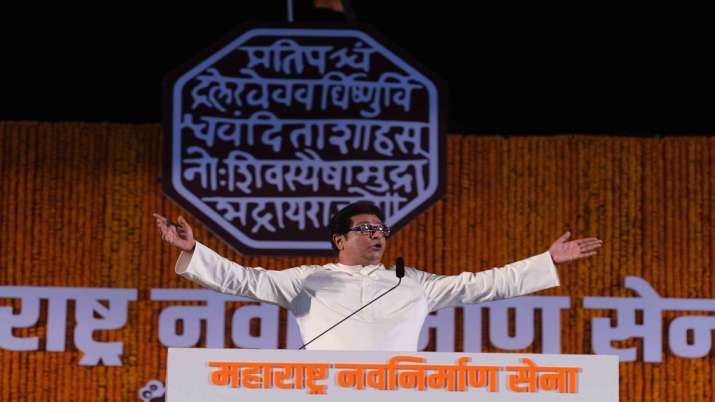 Maharashtra loudspeaker controversy: The Maharashtra Navnirman Sena’s state secretary Irfan Shaikh on Thursday said he has quit the party in light of party president Raj Thackeray remaining firm on his pitch for removal of high-decibel loudspeakers from mosques. In fact, he is not the only Muslim face to quit party in the recent days. In the last about 10 days, almost 50 office-bearers of MNS have left the party.

In a letter to Thackeray, which he shared on Facebook, Shaikh said he was resigning with “a heavy heart”. “Time has come to say ‘Jai Maharashtra’ (good bye) if the party, which one worked for and considered as everything, takes a hateful stand against the community one comes from,” Shaikh said in the post.

Thackeray had on April 2 made a strong pitch for removing high-decibel loudspeakers from mosques. Addressing a rally at Shivaji Park, the MNS chief had also said that if such a step was not taken, loudspeakers would be installed outside mosques to play ‘Hanuman Chalisa’ at higher volume. Speaking at a public rally in Thane on April 12, Thackeray reiterated the demand that loudspeakers on mosques be removed, giving an ultimatum to the Maharashtra government to act before May 3.

The MNS has been losing appeal among people over the past decade. Many have questioned Raj Thackeray’s renewed pitch for Hindutva amid Azaan vs Hanuman Chalisa debate in Maharashtra. The Maharashtra Navnirman Sena was founded on 9 March 2006 in Mumbai by Raj Thackeray after he left the Shiv Sena party due to differences with his cousin Uddhav Thackeray, who is the current Chief Minister Of Maharashtra and to his sidelining by the Shiv Sena in major decisions like distribution of election tickets.

Between 2009 and now, the party’s strength in the assembly has gone down from 13 to one. MNS won 13 assembly seats (out of 288) in the 2009 assembly elections, which was the first Maharashtra Legislative Assembly election that the party contested. In the most recent elections of Maharashtra Legislative Assembly 2019, MNS won only 1 seat. In January 2020, MNS unveiled a new flag, however the symbol on the flag was not used for elections.

The MNS chief’s stand is being seen as an attempt to get closer to the BJP. Recently, Union Minister Nitin Gadkari met Raj Thackeray at the latter’s residence in Mumbai. Calling it a family meeting, Nitin Gadkari denied anything political behind this meeting. Everyone speculated a political agenda behind the meeting. Days later, a huge political row was ignited in the state Thackeray’s stinging direct attack on his estranged cousin and Chief Minister Uddhav Thackeray, and attempt to stake a claim on Hindutva, at his large Gudi Padwa day rally. In a Macaque-shaming somersault, Raj slammed Uddhav for not respecting the peoples’ mandate in favour of Shiv Sena-Bharatiya Janata Party in the 2019 Assembly elections and choosing to ally with Nationalist Congress Party-Congress to head the Maha Vikas Aghadi (MVA) government. He also targeted Congress and NCP Presidents on various counts, blaming the latter for introducing divisive politics in the state after launching the NCP. Raj Thackeray’s renewed pitch for Hindutva will benefit Bharatiya Janata Party as well. BJP will need the MNS to be able to corner a share of the Marathi vote.