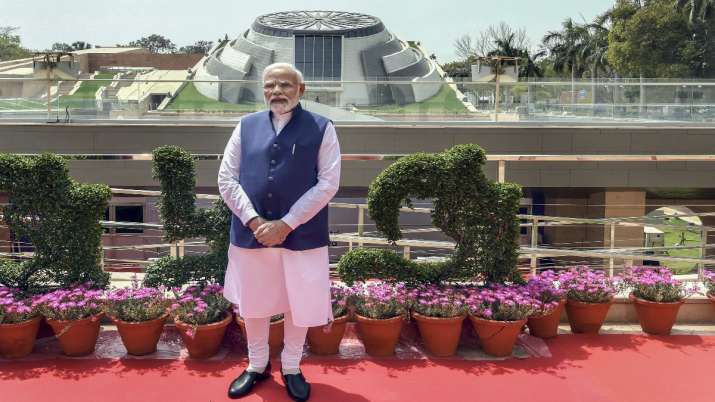 Prime Minister Narendra Modi is set to commence on a three-day visit to Gujarat From April 18, Monday. This will be his second visit to the state after BJP’s 4 states election victory in March, including the high stakes Uttar Pradesh.

On first day of his visit, PM Modi will visit the Command and Control Center (CCC) for Schools in Gandhinagar. Tuesday morning, the Prime Minister will visit various dairy projects at Banas Dairy Campus in Deodar. He will lay the foundation stone of WHO’s Global Center for Traditional Medicines in Jamnagar at 2.30 pm and hold discussions with the WHO Director General.

Wednesday, PM Modi will participate in the Global AYUSH Investment and Innovation Summit at Mahatma Mandir Gandhinagar at 12.30 pm and interact with the Prime Minister of Mauritius.

He will lay foundation stone, inaugurate various development projects at at Dahod, related to Dahod and Panchmal. The Prime Minister will return to Delhi on Wednesday evening.

Assembly elections in Gujarat and Himachal Pradesh are due to be held later this year. Gujarat has been under BJP’s rule for the last 27 years, however, in last assembly polls, Congress put up a tough fight.

Ahead of the elections, the Aam Aadmi Party (AAP) is also focussing on the BJP’s bation and preparing to give a tough competition to the saffron party.

Video: Joe Biden’s ‘ghostly’ handshake with nobody! Twitter has a field day