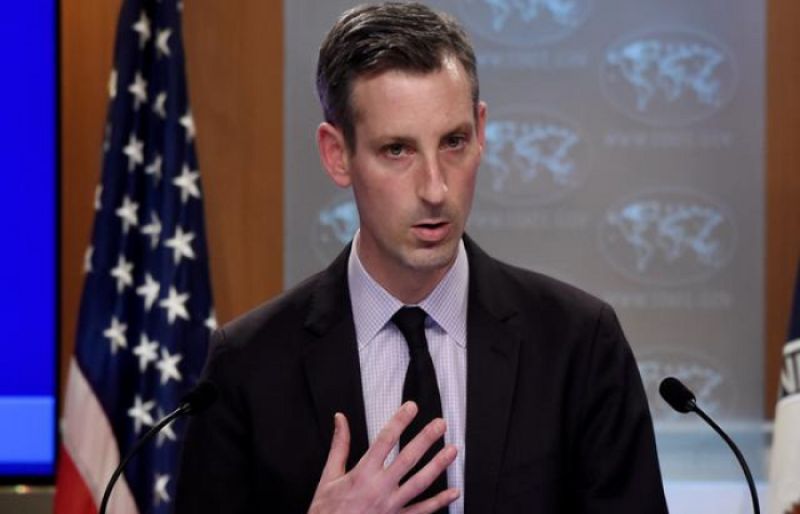 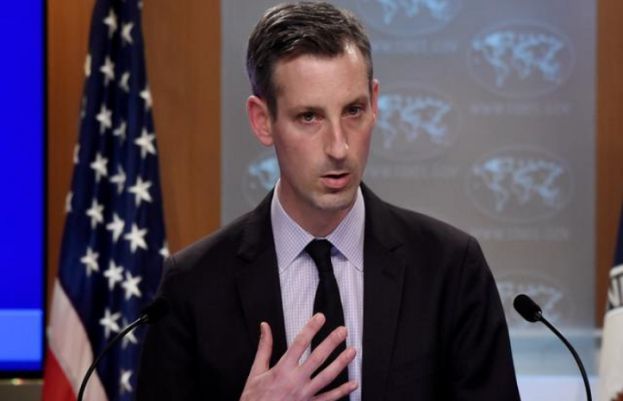 US State Department spokesman Ned Price has said the United States agreed with the statement given by the Inter-Services Public Relations (ISPR) Director General (DG) a day ago wherein he dismissed an impression of a foreign “conspiracy” to oust former prime minister Imran Khan’s government.

The senior US official made this statement during a press briefing in response to a question from a journalist.

“Pakistan’s military spokesperson said they had no evidence to suggest that the United States had threatened or was involved in the conspiracy to seek the ouster of Imran Khan’s government. What are your comments on it?” the journalist had asked.

“We would agree with it,” Price said.

Military spokesman Maj Gen Babar Iftikhar had on Thursday tried to clear the air about the alleged foreign conspiracy behind Imran’s ouster and specifically mentioned that the National Security Committee (NSC) – which includes the army and ISI chiefs – did not use the word “conspiracy” in its statement on the “cablegate” unlike some political pronouncement by the PTI leaders.

Gen Iftikhar said the military’s stance on the cable was formulated after a thorough investigation by an intelligence agency.

The NSC, however, had noted that the message conveyed by a State Department official was tantamount to “blatant interference in the internal affairs of Pakistan”.

At a press briefing on Thursday, Price dismissed the accusations leveled by Imran, saying “there is no truth whatsoever to the allegations that have been put forward.”

“We support the peaceful upholding of constitutional and democratic principles, including respect for human rights. We do not support, whether it’s in Pakistan or anywhere else around the world, one political party over another,” he told the briefing.

The State Department official said the US supported broader principles, including the rule of law and equal justice under the law.

He also underlined that the United States looked forward to working with newly elected Prime Minister Shehbaz Sharif and his government “to promote peace and prosperity in Pakistan and the broader region”.

Price said the relationship between the United States and Pakistan had been a vital one for the last 75 years. “You probably saw a statement that we released from the Secretary last night regarding the selection of Prime Minister Shehbaz Sharif,” he added.

A day ago, US Secretary of State Antony J. Blinken had also congratulated Shehbaz Sharif and vowed to continue its long-standing cooperation with Pakistan’s government.

Likewise, earlier this week, Pentagon spokesperson John Kirby had insisted that the US had a “healthy military-to-military relationship with Pakistani armed forces”, hoping that “we have every expectation that will be able to continue to be the case”.

The controversy surrounding the no-confidence motion against the former premier Imran Khan took a dramatic turn when the embattled PM brandished a letter at a rally on March 27 — days before his ouster, claiming it contained evidence of a “foreign conspiracy” hatched to topple his government.

Imran had kept a mum about the contents of the letter when he first unveiled it, however, he spilled the beans days later by naming the United States when the exit of the government appeared imminent.

Imran’s allegation that the US spearheaded his exit from power was based on a cable received from Pakistan’s Ambassador to the US, Asad Majeed, in which he had reported about a meeting with Assistant Secretary of State for South and Central Asia Affairs Donald Lu.

Majeed had reportedly said that Donald Lu warned that Imran Khan’s continuation in office, who was set to face a vote of no confidence, would have repercussions on bilateral relations. The US was said to be annoyed with Imran over his “independent foreign policy” and visit to Moscow.

The Pentagon and the State Department have rejected the accusations, saying there was no veracity to it.

The National Security Committee (NSC), which includes all services chiefs as well as the head of Pakistan’s top intelligence agency, took up the matter on March 31 and decided to issue a “strong demarche” to a country that it did not name over what was termed “blatant interference in the internal affairs of Pakistan”.

It had also termed the interference “unacceptable under any circumstances” and said the language used in the communique was undiplomatic.