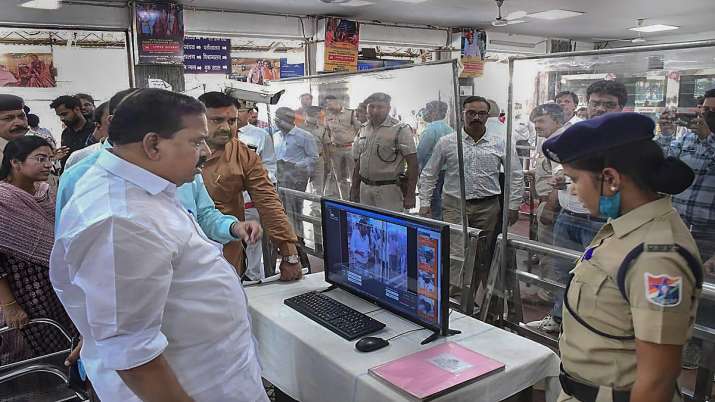 After the Khargone Ram Navami violence, the Bhopal police is on high alert for the Hanuman Jayanti processions on Saturday and will monitor it with drones in order to ensure a peaceful celebration. Speaking to ANI, the Commissioner of Police, Makrand Deoskar on Friday had said that apart from the drones, the police department has deployed a large police force to keep a watch on the procession.

“In view of tomorrow’s procession, we have deployed a police force for the procession arrangements. Monitoring will also be done through additional video cameras and drones. Apart from this, a police force will also be deployed in plain-clothes, which will keep a watch on the miscreants,” he said. The Commissioner said the department held meetings at various places in the last several days, which is showing favourable results and said, “I am sure that Saturday’s festival will be celebrated in a peaceful manner.”

He appealed to the citizens to celebrate the festival with peace and enthusiasm saying that “A special care should be taken not to hurt anyone’s sentiments so that the festival can be celebrated peacefully.” The festival of Hanuman Jayanti is celebrated to mark the birth anniversary of the Hindu god by the devotees of Lord Hanuman. This year the festival will be celebrated on Saturday. Several people including police personnel were injured when groups of people pelted stones at each other during a Ram Navami procession on April 10. The stone-pelting started at the beginning of the procession leaving around four people injured including a police inspector.

Also Read | According to BJP, only Hindus were harmed in Karauli violence, alleges Owaisi ​