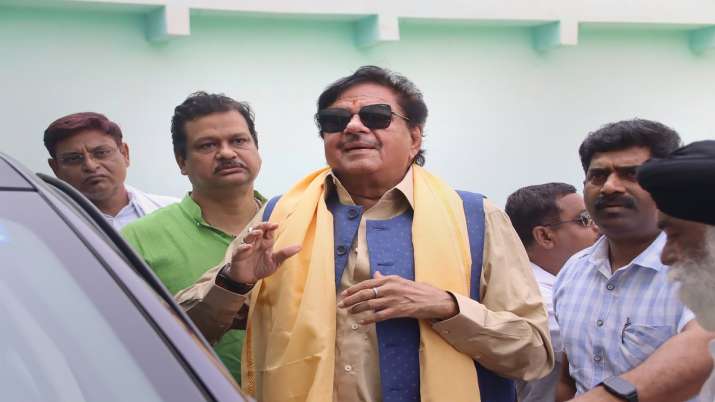 Bypoll results 2022 Live updates: Counting of votes for by-polls to the Asansol Lok Sabha seat and the Ballygunge assembly segment in West Bengal began at 8 am on Saturday, amid tight security arrangements. Around 66.42 per cent and 41.23 per cent polling was recorded in the Asansol Lok Sabha constituency and the Ballygunge assembly seat, respectively, in the elections held on April 12. A total of 15 lakh voters were eligible to exercise their franchise in Asansol in Paschim Bardhaman district, while 2.5 lakh people could vote in south Kolkata’s Ballygunge. The by-elections were necessitated as Babul Supriyo resigned as the MP of Asansol after switching over to the TMC from the BJP, while state minister Subrata Mukherjee, who represented Ballygunge, died last year. The TMC fielded yesteryear actor Shatrughan Sinha in Asansol, which has a substantial Hindi-speaking population. The BJP nominated Asansol Dakshin MLA Agnimitra Paul. The ruling Trinamool Congress has fielded Supriyo in Ballygunge, where he is pitted against BJP’s Keya Ghosh and CPI(M)’s Saira Shah Halim. The Congress is also in the fray in both the seats.

The counting of votes in the Khairagarh Assembly bypoll in Chhattisgarh held on April 12 is also underway. The bypoll was necessitated due to the death of Janata Congress Chhattisgarh (J) MLA Devvrat Singh. The voter turnout was 77.88 per cent, and postal ballots will be counted first followed by the EVM ones. While 10 candidates were in the fray, political observers earlier said the fight was between the ruling Congress’ Yashoda Verma and the BJP’s Komal Janghel as the JCC(J) has lost considerable clout since the death of its founder and former chief minister Ajit Jogi in 2020. Incidentally, the Congress has promised to make Khairagarh a district if it wins the bypoll.

The counting of votes is underway for the by-election to the Bochahan assembly seat in Bihar’s Muzaffarpur district amid tight security. By-poll to the seat was necessitated by the death of MLA Musafir Paswan, who had won on the ticket of Vikassheel Insaan Party (VIP) of Bollywood set designer-turned-politician Mukesh Sahani.

Over 60 per cent voter turnout was recorded in a byelection to the Kolhapur North assembly constituency in western Maharashtra on April 12. The election became necessary after incumbent Congress MLA Chandrakant Jadhav died due to COVID-19 in December 2021. There were 15 candidates in the fray, though the main fight was expected to be between Congress, one of the constituents of the Maha Vikas Aghadi government in the state, and opposition BJP. Congress fielded Jayashree Jadhav, the wife of the late MLA, while the BJP fielded Satyajit Kadam. State BJP chief Chandrakant Patil claimed in Kolhapur that his party will win with “a high margin.