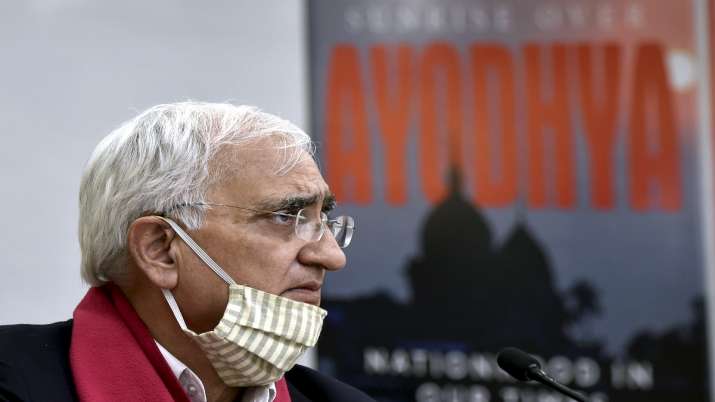 Khargone violence: Amid the communal violence in some parts of the country, senior Congress leader and former Union Minister Salman Khurshid on Friday (April 15) said that a divided nation will never rule the world and asked to replace fear with faith.

In a Facebook post, the Congress leader said, “Muslims, as always will lay down their lives for the nation. But are hurt when their children are attacked in pointless hate. When the State chooses to by-pass rule of law and destroy homes and lives what respect is left for patriotism?”

Khurshid was referring to the demolition of houses of some people involved in the attack on a Ram Navami procession a day after communal clashes erupted in Madhya Pradesh’s Khargone.

He further said that the governments and non-State actors who attack Muslim citizens for self-promotion must realise they attack the noble dream of Hindu-Muslim unity, the corner stone of our Republic and bonds of social harmony.

“We cannot live by stone pelting and demolitions alone. Former unjustified by felt injustice and the latter arrogant misuse of the law. A divided nation will never rule the world so give up the policy of divide and rule at home. Faith must replace Fear, not be fear,” he added.

The authorities ran the bulldozer over about 45 houses and shops. Around 16 houses and 29 shops were demolished. Madhya Pradesh Chief Minister Shivraj Singh Chouhan on Friday assured the victims of Khargone violence of rebuilding their houses.

“Shouldn’t bulldozers be used against those who trouble the poor? The houses of the poor were burnt in Khargone. They should not worry as ‘Mama’ will build their houses. We will recover from those who burnt their houses,” said Chouhan. Earlier, the MP chief minister had termed the Khargone violence ‘unfortunate’.

Also Read: Shivraj, Digvijaya continue to train guns at each other over Khargone violence