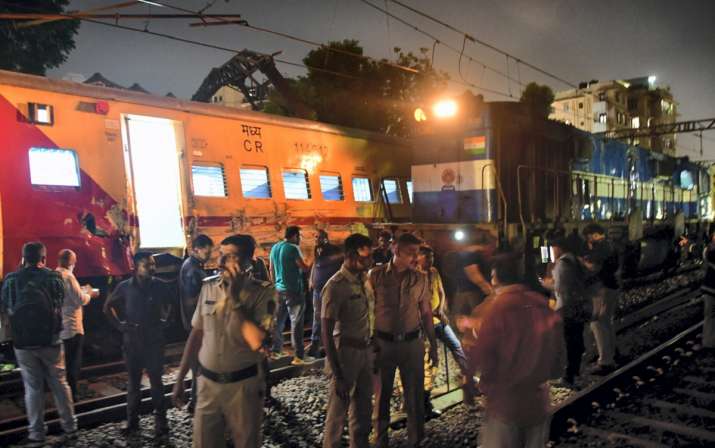 Train services were on Saturday affected in the Mulund area of Maharashtra after a collision between the Dadar-Puducherry Chalukya Express and Mumbai CSMT Gadag Express on Friday. Three coaches of the Dadar-Puducherry Chalukya Express had derailed near Matunga station in Mumbai after a minor collision with Mumbai CSMT Gadag Express.

Commenting on the situation, a Central Railway official on Saturday said some services will be terminated in Mulund.

“Some services will be terminated in Mulund. Passengers will be able to move by road. Two of the three derailed coaches have been rerailed. Down and Up local lines are functional and services are normal.”

“We expect to clear the Up through-line within an hour. Down through line will take some more time to be restored,” said Anil Kr Lahoti, General Manager, Central Railway.

Central Railway officials said that the passengers of cancelled trains can claim refunds from the Passenger Reservation System (PRS) centres for the next three days.

Some of the trains arriving at Mumbai were also terminated at Dadar station.

The Central Railways further informed that the suburban trains on Saturday will move as per the holiday schedule on the mainline only.

(With inputs from agencies)