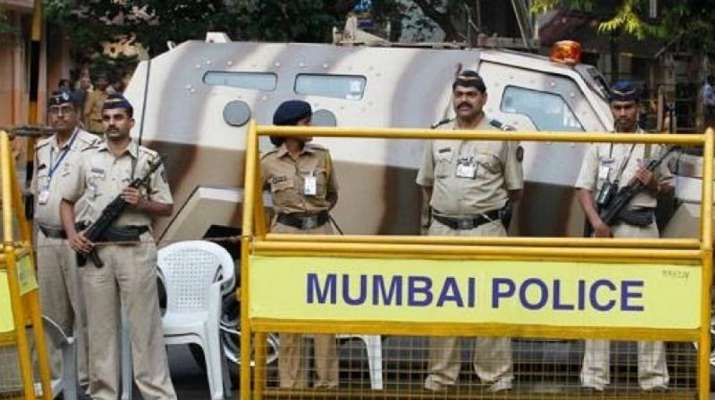 The Centre is seriously considering a proposal to ban the Islamic radical outfit People’s Front of India (PFI) because of its alleged involvement in conspiracies for fomenting violence during Hindu Ramnavami processions in several cities.

In my prime time show ‘Aaj Ki Baat’ on Friday night, we showed how a local leader of PFI in Mumbra near Thane, Maharashtra, threatened “consequences” if steps were taken to remove loudspeakers from mosques that exceed the permissible decibel limit. The PFI leader threatened Maharashtra Navnirman Sena chief Raj Thackeray and said that the Muslim community will fight back if the loudspeakers are removed. The outfit posted a video on social media appealing to Muslims to give more donations (zakat) “to fight the RSS”.

Meanwhile, several pieces of evidence have come to light that show that PFI was involved in carrying out stoning incidents during Ramnavami processions in several cities. The Home Ministry has prepared a dossier of reports received from several state governments, and a ban on PFI is on the anvil.

In my show ‘Aaj Ki Baat’ we showed Abdul Matin Shekhani, the head of the local PFI unit in Mumbra near Thane, giving a provocative speech after Friday prayers. In the midst of provocative slogans from a large crowd, Abdu Matin Shekhani threatened “consequences” if loudspeakers were removed from mosques and madrassas.

In Jaipur on Friday, PFI activists took out a protest march over Karauli violence and shouted anti-government slogans. There is evidence to show that PFI knew about the violence going to happen in Karauli on April 2 during the Hindu Nav Varsh procession. Two days before the procession, PFI had written a letter to Rajasthan’s chief minister expressing fears about violence during the procession.

PFI was set up in 2006 to raise Muslim issues in public. In 2010, Intelligence Bureau (IB) had submitted a dossier on PFI to the government, which clearly raised questions about the activities of PFI leaders. It said, some of these leaders were involved in anti-national activities, and the outfit should be proscribed. Another dossier was sent in 2017 to the Centre, which named PFI as the main hand behind communal incidents in Kerala, Andhra Pradesh, Manipur, MP, Karnataka, Tamil Nadu and Rajasthan.

Already the atmosphere is surcharged because of the controversy over loudspeakers. MNS  activists have started reciting Hanuman Chalisa on loudspeakers near mosques in Maharashtra, and in response, Sharad Pawar’s NCP activists arranged ‘iftar party’ for Muslims at a Hanuman temple in Sakhli Pir, Pune. The tension is spreading to several cities like Varanasi, Aligarh, Bhopal, Lucknow and other cities. A local BJP leader in Mumbai has sent free loudspeakers to several temples in the city. He claimed that he has received more than 9,000 applications from temple trusts seeking free loudspeakers.

The point is: Neither the intent of PFI leaders is sincere, nor is that of MNS chief Raj Thackeray. PFI is trying to instigate Muslims on issues like ‘hijab’ and loudspeakers, while Raj Thackeray’s party is fighting for its political existence. Neither most of the Muslims trust PFI leaders, nor do most of the Hindus trust Raj Thackeray’s sudden projection as a Hindutva leader. I think the loudspeaker controversy can easily be settled by following Supreme Court guidelines which have set a decibel limit.  Reciting Hanuman Chalisa on loudspeakers is not the answer to mosques blaring Azaan at odd hours of the night on loudspeakers. Such a confrontation can only lead to tension between Hindu and Muslim communities, and innocent people have to bear the consequences of communal violence.

I sent my reporter Pawan Nara to Khargone, MP, to visit the homes of affected people, who managed to save their lives from rioters. The situation there is truly alarming. Dozens of homes were set on fire, and several hundred people are now homeless. Our reporter described how homes on a stretch of two to three kilometres away from the place of stoning were set on fire by throwing petrol bombs. Hindu homes were targeted and looted by mobs. The images are really horrifying.

I would like Congress leader Digvijaya Singh and AIMIM chief Asaduddin Owaisi to see those visuals of homes burnt by mobs. Such criminals should be thrown into jail. They have no right to live in civil society. Our reporter, who has been in Khargone for the last two days, moved around localities and met families who have been shell-shocked after their homes were set on fire. The ground situation is such that it cannot be described as a result of stoning at a procession. The plot is deeper.

In the Kazipura locality of Khargone, petrol bombs and stones were thrown by rioters in Hindu homes. Most of the rioters were masked, to protect themselves from CCTV cameras. A 17-year-old youth told our reporter how he was in his house when the violence began. Petrol bombs were thrown at his house. One petrol bomb landed on his bed and the clothes caught fire. The youth said, he knew the attackers because they have been neighbours since childhood.

There are dozens of such instances. A fire brigade employee Subhash Gangle, who was busy dousing flames of others’ houses, returned to find his own house in Anand Nagar burnt by rioters. Subhash Gangle told our reporter while working as a fire service personnel he never differentiated between houses of Hindus and Muslims, but this time his own house was targeted because he was a Hindu.

Our reporter Pawan Nara met several victims who do not have even clothes to wear after their homes were gutted. Several of them are camping on the streets under the open sky, while some have gone to the homes of their friends. Our reporter went to the home of one Dilip Kanungo, in the Bhatwadi locality of Khargone. Dilip had died four years ago, and his wife, son and daughter were staying at home. The entire home has now been reduced to ashes. The mother, along with her children, hid in the home of their neighbour, and from the third floor, she watched her home burnt by the mob. She told our reporter that she knew many among the rioters, who were her neighbours.

There is not an iota of doubt that the communal violence that took place in Khargone was pre-planned. People were brought from outside to take part in violence and arson. Chief Minister Shivraj Singh Chouhan has ordered free treatment for all injured people and has also promised to rebuild the homes of the victims. He has also taken a tough line against rioters. Buildings of some riot accused have been razed by local officials. Chouhan said, taking action against rioters is part of “raj dharma”.

India’s Number One and the most followed Super Prime Time News Show ‘Aaj Ki Baat- Rajat Sharma Ke Saath’ was launched just before the 2014 General Elections. Since its inception, the show is redefining India’s super-prime time and is numerically far ahead of its contemporaries.