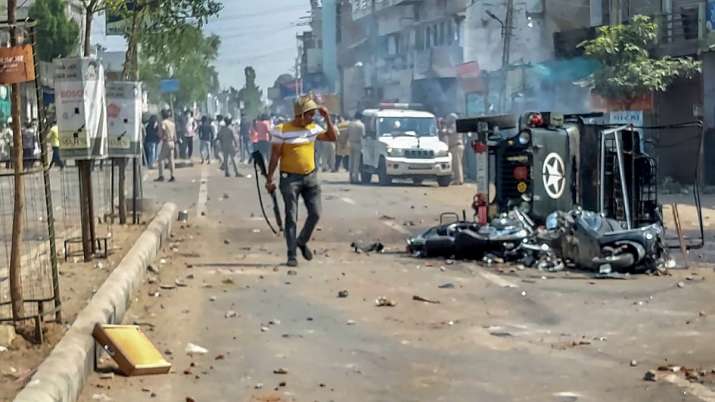 Opposition leaders including Sonia Gandhi, Sharad Pawar, Mamata Banerjee, MK Stalin, Hemant Soren, Tejashwi Yadav, and others issued a joint appeal on Saturday, demanding action against incidents of communal violence across the country. In the joint statement issued by them, the leaders expressed ‘shock’ at PM Modi’s silence on the matter.

“We are shocked at the silence of the Prime Minister who has failed to speak against the words and actions of those who propagate bigotry, and those who incite and provoke the society.” the joint appeal read.

Asking people to stay calm and maintain peace and harmony, the leaders alleged that PM Modi’s silence hints at the ‘patronage’ the perpetrators of violence have. They said, “This silence is an eloquent testimony to the fact that such private armed mobs enjoy the luxury of official patronage.”

On the recent incidents of communal violence, they said, “We are deeply concerned, as reports indicate that there is a sinister pattern in the areas where these incidents have occurred. Incendiary hate speeches preceded the aggressive armed religious processions unleashing communal violence.”

They also expressed pain at the manner in which social media and the audio-visual platforms “are being misused with official patronage to spread hatred and prejudice”.

The joint appeal came amid the ongoing controversy regarding incidents of violence on Ram Navami (April 10). Violence was reported from some areas in Madhya Pradesh, Gujarat, etc, leading to the state governments there demolishing allegedly illegal portions of the homes of the accused.

Muslim religious leaders in Madhya Pradesh had alleged earlier this week that members of the community were unfairly targeted by the authorities following the Ram Navami violence.