‘Their country is sh**hole’: US professor Prof Amy Wax from the University of Pennsylvania racist rant against Indians 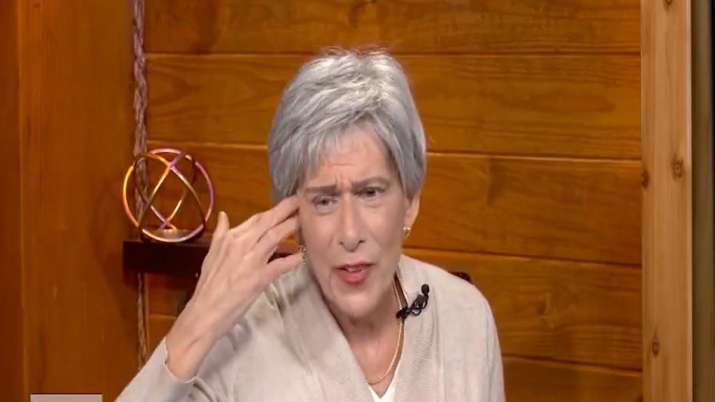 Leading Indian-Americans, including US Congressman Raja Krishnamoorthi, have slammed a law professor from University of Pennsylvania for her disparaging comments about the Asian American community, with a specific disdain for Indian-Americans. In a recent interview to Fox News, Prof Amy Wax from the University of Pennsylvania alleged that “Blacks” and “non-Western” groups have “a tremendous amount of resentment and shame against western people for [their] outsized achievements and contributions.”

“Here’s the problem. They’re taught that they are better than everybody else because they are Brahmin elites and yet, on some level, their country is a sh*thole,” Wax, who has a long history of inflammatory remarks, said. She also said that the westerners have outgunned and outclassed the Asian Americans in every way. “They’ve realised that we’ve outgunned and outclassed them in every way… They feel anger. They feel envy. They feel shame. It creates ingratitude of the most monstrous kind,” she said.

Wax then targeted the influential Indian-American doctors’ community as well. “They are on the ramparts for the antiracism initiative for ‘dump on America,’” she alleged. The comment was condemned by the Indian-Americans across the US. “After President Trump left office, I thought the days of calling others “shithole” countries were over,” Krishnamoorthi said in a tweet. “As an Indian-American immigrant, I’m disgusted to hear this Professor define Indian-American immigrants, and all non-white Americans, in such insulting terms,” he said. Stating that such comments are borne of hatred and fear, he emphasised that such talks make it much harder to accomplish common-sense immigration reform. “Comments like these are borne of hatred and fear, and they lead to real harm for my constituents and our minority communities. They fuel hate crimes against minorities, and they make it much harder to accomplish common-sense immigration reform,” Krishnamoorthi said.

Indian-American Law professor Neil Makhija also slammed Wax for her comments. “It’s irresponsible to use your position to lend credibility to these overtly racist sentiments that don’t recognise Indian-Americans for who we are,” he told Axios. Indian-American Impact is slated to hold a summit next month in DC Makjiha told Axios he’s planning to adjust programming to discuss the incident and create solutions against anti-Asian and South Asian hate in educational settings. “The most unfortunate thing is that we have a lot of brilliant and incredible students at the law school,” he told NBC News. “It makes you question whether she can fairly grade or educate,” he said. This is not the first time Wax’s controversial comments about race have gone viral, the US media reported.

Her appearance on Carlson’s show is not the first time Wax has made anti-Asian remarks. In an interview in December, she said that Indians Americans should be more “grateful” to be in the US and that the country would be “better off with fewer Asians.” Penn has confirmed that the school is in the middle of disciplinary proceedings against Wax, NBC News reported. “The University of Pennsylvania Carey Law School has previously made clear that Professor Wax’s views do not reflect our values or practices,” it quoted a representative as saying. “In January 2022, Dean Ruger announced that he would move forward with a University Faculty Senate process to address Professor Wax’s escalating conduct, and that process is underway,” the report quoted the Penn representative as saying.