What Prashant Kishor highlighted in his presentation for Congress’ come back

Apr 16, 2022 Bihar and Odisha., Congress, fullBag, highlighted, Indian Politics, Kishor, met the party top brass to lay out a detailed roadmap for 2024 polls. During his presentation, News in English, news in hindi, news today, Poll strategist Prashant Kishor, Prashant, Prashant Kishor said, presentation, the party should focus on 370 seats and that Congress should fight alone in UP, who was asked to joined the Congress 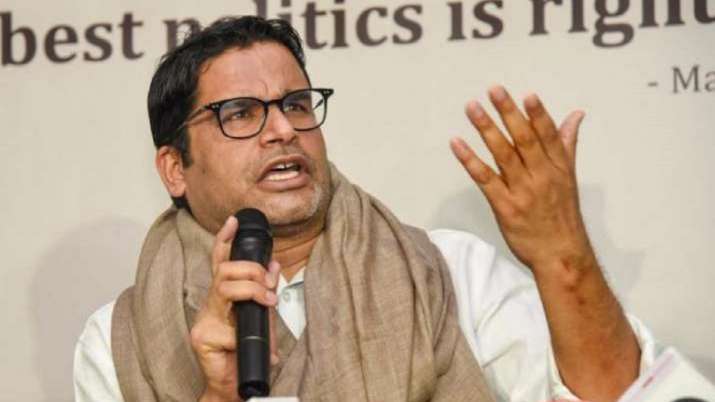 Poll strategist Prashant Kishor, who was asked to joined the Congress, met the party top brass to lay out a detailed roadmap for 2024 polls. During his presentation, Prashant Kishor said, the party should focus on 370 seats and that Congress should fight alone in UP, Bihar and Odisha.

He added that in Tamil Nadu, West Bengal, and Maharashtra, Congress should fight in alliance. Sources said that senior Congress leader Rahul Gandhi agreed to the points made by Prashant Kishor.

Sources mentioned that the poll strategist will join Congress in coming days but he has now yet asked for any specific post in the party.

Congress’ KC Venugopal said: “Prashant Kishor has given a detailed presentation on 2024 polls strategy to the Congress chief. The plan presented by him will be looked after by a group set up by Cong chief and the group will submit a report within a week to the party chief for a final decision.”

“Every detail will be informed within a week’s time,” says Congress leader KC Venugopal when asked whether Prashant Kishor will work as a strategist in the Congress party or will he join the party.

Interestingly, just a few months ago, Kishor had criticised the Congress leadership. In an apparent swipe at Rahul Gandhi, Kishor had said, “The space represented by the Congress is vital but its leadership is not the “divine right of an individual” particularly when it has lost 90 per cent elections in the last 10 years.”

Also Read: Congress to decide on Prashant Kishor’s role within a week