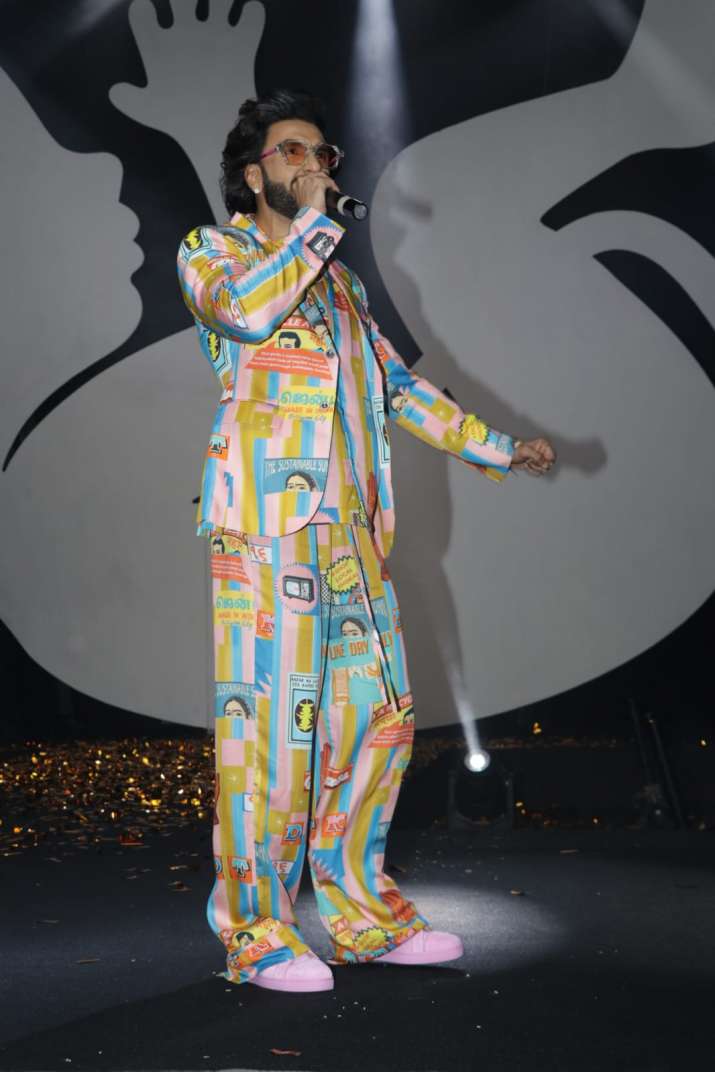 After acting in a biopic of Kapil Dev “83“, Ranveer Singh is back with a new movie “Jayeshbhai Jordar”. The movie is released under the banner of Yash Raj Films. The film is set to release on the 13th of May

What is the movie about?

The movie follows the story of a Gujarati politician’s son, who has a good heart and is quite open-minded. But Jayeshbhai’s father (Boman Irani) is of a typical mindset and differentiates between a boy and a girl. He is supported by his wife ie. Jayeshbhai’s mother (Ratna Pathak Shah). Jayeshbhai (Ranveer Singh) has a daughter with his wife (Shalini Pandey). But they are forced by their parents to keep trying until they have a boy who can continue their family legacy.

The movie looks quite promising as it is addressing a very important issue by combining it with humour. The trailer was released on the 19th of April and has since received a lot of praise. You can watch the trailer below.

This film is a platform for many new faces. this movie is Divyang Thakkar’s debut as a director. Also “Arjun Reddy’s” lead Shalini Pandey will be entering Bollywood alongside Ranveer Singh under the banner of Yash Raj Films.

When asked about his character Ranveer Singh said that Jayesh Bhai is not a typical hero, he said “He is not your typical hero. He discovers heroism when he is pushed to the brink and he is, according to me, one of the most lovable heroes in the history of Hindi cinema.” Ranveer further says, “Hopefully, Jayeshbhai will change the definition of heroism on screen and hopefully leave an important message to people in the most entertaining and hilarious fashion. Jayeshbhai Jordaar is undoubtedly a film with the biggest heart in my body of work.”

“It will make people laugh, cry, ponder and feel really, really warm when they see a feel-good film whose hero is the most innocent and honest person that you have met in a long, long time.”

Ranveer was quite excited about his upcoming movie and shared the trailer and a few posters on his Instagram account of the movie, increasing fans’ excitement.