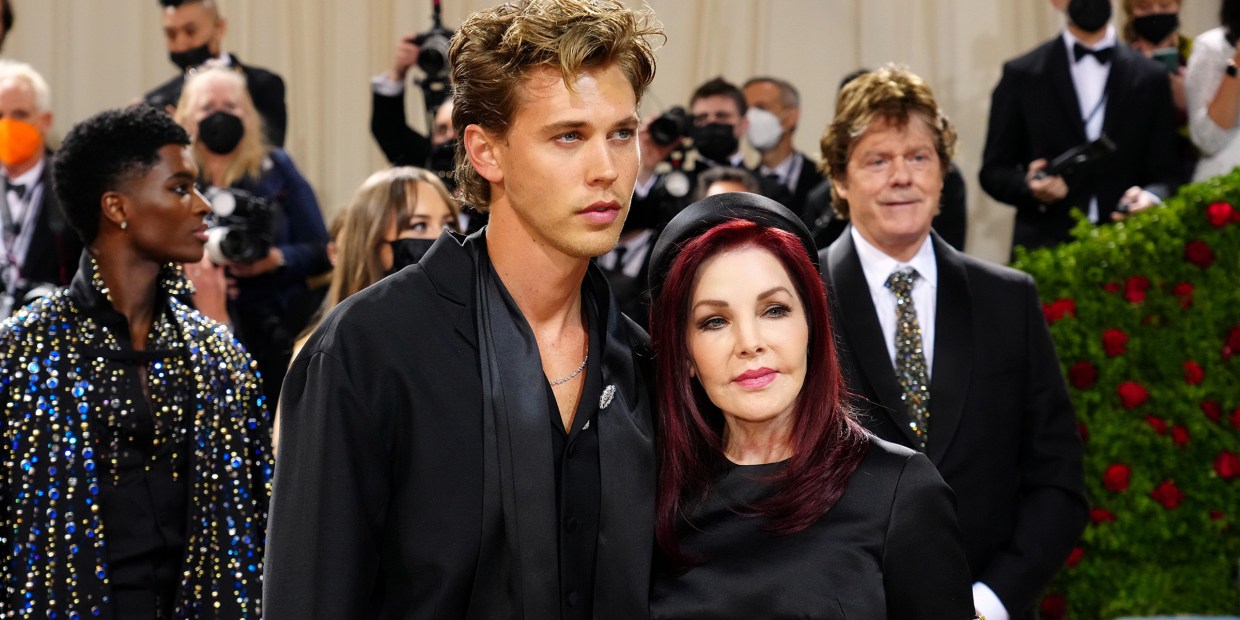 Austin Butler recently launched a new movie in which he is taking up the role of legendary singer ‘Elvis Presley‘. In the recent event of the Met Gala, he found the perfect date to accompany him. The actor took the singer’s former wife Priscilla Presley to the Met.

What is the movie ELVIS about?

No doubt the movie is about the famous singer Elvis Presley. But according to his wife the movie is about Elvis and his manager Colonel Parker (Tom Hanks). The wife shared through her social media account that the actor was nervous playing the role. She said, “Bravo to him … he knew he had big shoes to fill. He was extremely nervous playing this part. I can only imagine.”

Priscilla revealed that she got a private screening of the movie. “For those curious about the new film ELVIS … the director, provided a private screening for me and [Elvis’ friend] Jerry Schilling at Warner studios recently. This story is about Elvis and [manager] Colonel Parker’s relationship. It is a true story told brilliantly and creatively that only Baz, in his unique artistic way, could have delivered,” she posted on her Facebook account.

She also praised Tom Hanks who plays the role of Elvis’s longtime manager Colonel Parker.“What a character he was. There [were] two sides to Colonel, Jerry and I witnessed both,” she wrote. The actress also said that even though the movie does not have a happy ending, it would give a look through Elvis’s life and how he reached that stardom.

Austin had said in his previous interviews about how important this role was for him. He wanted to get everything right about the singer, starting from his voice. “When I began the process, I set out to get my voice to be identical. That instils fear. So that got the fire burning. For a year before we started shooting, I was doing voice coaching.” The production of the movie had stopped in the pandemic. Even then he decided to stay in Australia. He had made up a wall full of notes from Elvis Presley and his shows for better study of character. “I made the entire place look like a detective film, where there are images of everything connected with the strings and stuff.”

Directed by Baz Luhrmann, Elvis is a biographical musical drama set to release on 24th June 2022. You can watch the trailer below